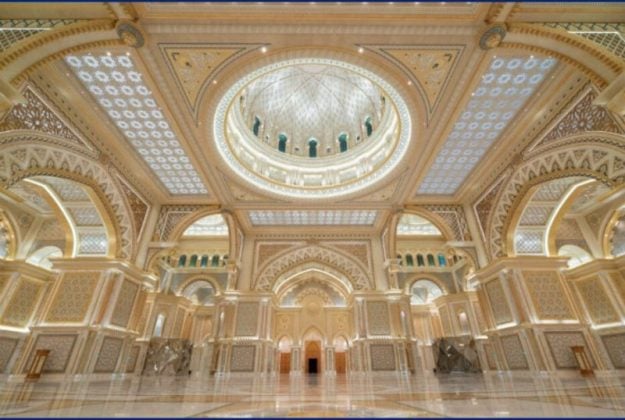 Qasr Al Watan, located inside Abu Dhabi’s presidential palace, will be temporarily closed to the public during the first week of Ramadan, it was announced on Thursday.

“Qasr Al Watan is still a working palace and as a result will be temporarily closed to the public from Saturday May 4 – until Sunday May 12, 2019,” a statement said.

The holy month of Ramadan is expected to begin on Monday, May 6, according to astronomers.

Qasr Al Watan will reopen to the public on the second week of Ramadan with shortened opening hours. The nightly ‘Palace in Motion’ light and sound show will not be held during Ramadan and resume after the holy month.

From May 12 until June 4 (or the last Day of Ramadan, which is dependent on moon sighting), the palace and library will open at 11am and close at 6pm. The last entry permitted at the visitor centre is at 5pm, when the ticket counter closes. The exhibition rooms will also close by 5.45pm.

In terms of restaurants, the Grab and Go at the Legma visitor centre will stay closed while Al Fowala at the main palace will stay open from 12pm until 5pm. Retail stores at Legma and Diyafat will remain open from 11am to 5.30pm.

Qasr Al Watan opened to the public on March 11. Tickets are priced between Dhs25- Dhs60 for adults.

Read: In pics: Inside Abu Dhabi’s presidential palace which is now open to public