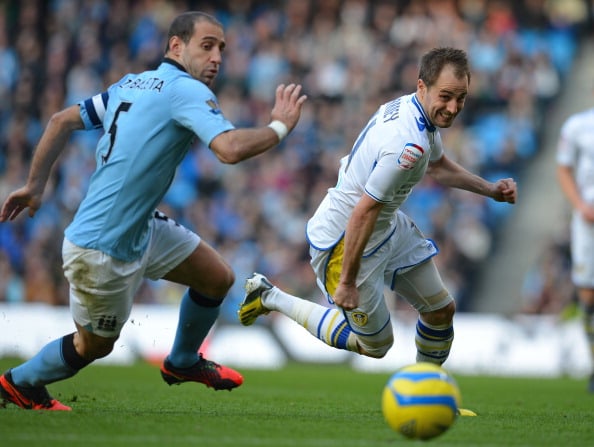 Manchester City will break even this season, their chief executive said on Tuesday as he refuted the idea their losses of 150 million pounds ($245.99 million) in the last two campaigns breached Financial Fair Play rules.

Since being bought by Abu Dhabi’s Sheikh Mansour bin Zayed al-Nahyan in 2008, the club have been transformed from a mid-table English Premier League outfit to one of Europe’s richest.

City won the top-flight title in 2012, their first for more than 40 years, to emerge from the shadows of their illustrious neighbours Manchester United.

It came at a high cost though with the club spending 610 million pounds on transfers from 2008-13, according to their latest financial results, while the payroll rose 16 per cent last season to 233.1 million pounds.

“We are working towards breaking even this season,” chief executive Ferran Soriano told reporters at a conference in Dubai, adding that they aimed to be profitable within two campaigns.

Soriano said City’s deficits were within those limits. Clubs that do not comply could be excluded from the Champions League.

“There are a lot of reliefs that can be taken for investment in youth football and old investments,” explained Soriano.

He said revenue would top 400 million euros ($545.90 million) this season – turnover in 2012-13 was 271 million pounds – predicting it would make the club the fifth biggest behind Real Madrid, Barcelona, Bayern Munich and United.

Much of City’s new-found income has come from increased commercial revenue that rose by a third last season to 143 million pounds, and have risen almost 10-fold since 2008-09.

City owner Sheikh Mansour is the chairman of International Petroleum Investment Company, a firm that owns a majority stake in Aabar.

Third-placed City, who trail leaders Chelsea by two points, entertain fourth from bottom Sunderland in the league on Wednesday.