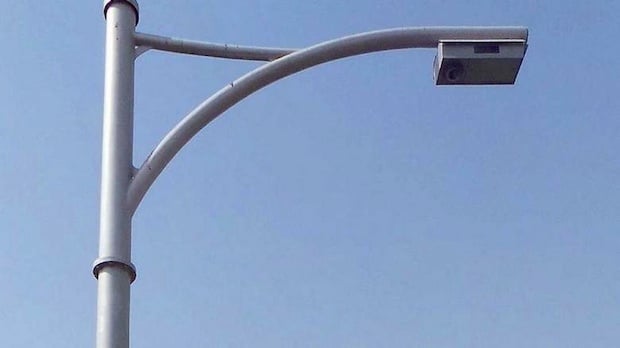 Abu Dhabi will now be monitored by thousands of CCTV cameras under a new surveillance system called Falcon Eye.

The system covers Abu Dhabi city and surrounding areas, including the international airport, the main islands, Bani Yas and Musaffah.

A live feed from the cameras will be fed into an integrated system that provides warnings and will allow officials to quickly access any incidents, official news agency WAM reported.

Falcon Eye’s main role is to help monitor traffic violations such as the use of hard shoulders, illegal parking, misuse of roads and dealing with traffic accidents, officials said.

It will also help manage traffic flow, public hygiene and the gathering of people in non-dedicated areas.

The system will also facilitate the management of intersections to make them more efficient and reduce traffic congestion during peak hours, the report added.

The use and expansion of the Falcon Eye system is being overseen by the Abu Dhabi Monitoring and Control Centre (ADMCC).

Commander-in-chief of Abu Dhabi Police and ADMCC chairman Major-General Mohammed Khalfan Al Romaithi said the system was “part of the vision of Abu Dhabi to pursue its efforts to build a confident and safe society and a sustainable and globally open and competitive economy.”

ADMCC director-general Saeed Saif Al Neyadi added: “The continuous development Abu Dhabi is witnessing requires us to stay up to date with the latest global technologies and developments in this field.”

Abu Dhabi is taking steps to reduce traffic accidents on its roads, especially those caused by excessive speeding.

Last month, it was reported that the emirate plans to establish speed bumps and other measures over the next two years to reduce speed-related accidents.

According to reports, 1,837 people in Abu Dhabi were caught driving over 200km per hour during the first four months of this year.