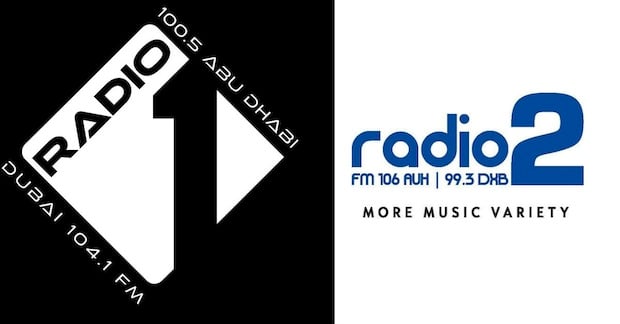 Abu Dhabi Media has announced the official relaunch of the Radio 1 and Radio 2 stations, after they were pulled off air last year.

The two stations were previously operated by Gulf News Broadcasting, which lost the frequency licenses to manage them last year.

Owner Abu Dhabi Media confirmed on Monday that the content for the stations had been redeveloped to ensure that it “appeals directly to audience interests”.

“Radio 1 has been transformed to specialise in delivering music content that targets 18-30 year olds, while Radio 2 will broadcast content catering to 30-45 year olds, who are interested in music and hits from the 1980s and 1990s,” a statement said.

Every morning, Radio 1 will air the Breakfast Show from 6-10am, hosted by Nimi and Mark, while Fresh and First will air from Sunday to Thursday from 10am-3pm, hosted by Chiara. In the evening, Dane and Gem will present Drive from 3-7 pm.

Meanwhile, Radio 2 will air its Morning Show with Richard Allen and Laura Naylor from 6-10am. While Sonya Mac will host The Breeze from 10am-3pm, Drive Time will be presented by Jason King from 3-7pm.

Up to 30 members of Gulf News Broadcasting staff lost their jobs following the closure of the two stations, but were later invited to re-apply for their positions by Abu Dhabi Media.

Asked why Abu Dhabi Media had withdrawn the licenses, Abdulwahed Juma, chief commercial officer told Gulf Business last year: “Radio 1 and Radio 2 have always been the brands of Abu Dhabi Media since the beginning and we lease them.

“I don’t think [it was because the fee was too high], I just think that whatever cost that was suggested was a reflection of the market dynamics and that radio is a medium that is still growing. It’s not taking hits like newspapers and taking in revenues.”

Abu Dhabi Radio Network operates across all the emirates in the UAE, in Qatar and Bahrain, and aims to have the largest geographic reach of all regional radio networks, the statement added.

The launch of the two radio stations brings Abu Dhabi Media’s total number of brands up to 27, in line with the corporation’s plans to expand its English-language radio stations, it said in the statement.

Mohamed Ebraheem Al Mahmood, chairman and managing director at Abu Dhabi Media said: “The addition of Radio 1 and Radio 2 reaffirms our continuous commitment to enhancing Abu Dhabi Media as a comprehensive and diverse media platform. It also highlights our ongoing efforts to further advance the media sector in the UAE and the region by supporting all traditional and modern media.”