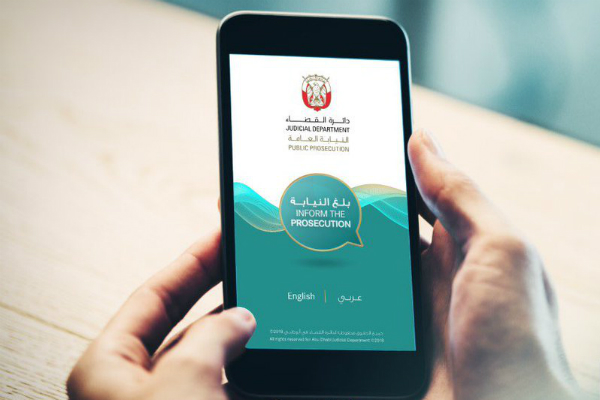 The Inform the Prosecution application can be downloaded on Apple and Android devices and used to report any illegal act or provide information about suspicious activities.

Users can explain the crime, its location and the time it occurred, attach photo, video or voice clip evidence and send it on to the prosecution.

The prosecution said the sender did not need to provide their identity.

After reporting a crime, an e-notification will be sent to the sender’s phone via text message and legal procedures will be initiated.

“The application seeks to increase communication between the community and the judiciary through modern technology, in a way that preserves community security, as part of our corporate social responsibility programmes,” said Abu Dhabi attorney general Ali Mohammed Al Baloushi.

“Security and stability in the community can only be maintained through joint efforts by both individuals and institutions, each in his position.”

Both English and Arabic versions of the app are available and it can be used by citizens, residents and tourists.