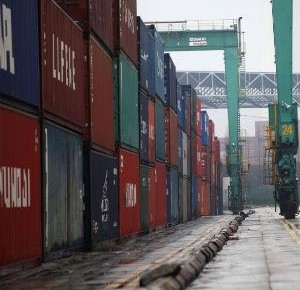 The value of foreign trade in Abu Dhabi increased by 37.6 per cent in 2011 to reach Dhs532.9 billion, with total trade accounting for 66 per cent of the emirate’s GDP in 2011, reported official news agency WAM.

The increase in the value of exports was mainly due to the surge in oil exports, which rose by 41.5 per cent to more than Dhs393 billion in 2011.

Abu Dhabi’s non-oil commodity exports amounted to Dhs11.5 billion in 2011, down one per cent compared to 2010, while re-exports rose around 5.2 per cent year-on-year to Dhs11.6 billion.

In terms of non-oil commodities, exports of industrial supplies rose 18.8 per cent to Dhs5.4 billion in 2011, while exports of capital goods amounted to Dhs4.8 billion. These two groups accounted for 89 per cent of the total value of non-oil exports in 2011.

“This was a natural outcome of the big boom in oil exports, as a result of the increase in oil prices in world markets,” said the report.