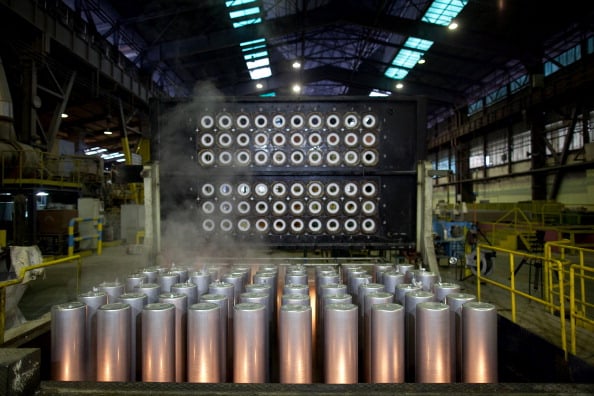 The Gulf’s first aluminium fluoride plant in Abu Dhabi is aiming to tap growing demand from smelters in the region, its chief executive said on Tuesday.

Gulf Fluor will produce 60,000 tonnes per annum of aluminium fluoride and some other chemicals used in the aluminium, construction, agriculture and refrigeration sectors.

Aluminium fluoride is used in aluminium production, which has been rising rapidly in the Gulf, partly because of the region’s low energy costs and extensive port facilities, as well as its booming construction industry.

“Our target markets are aluminium smelters in the UAE, Bahrain, Oman and other places where demand is growing for the product and imported from overseas,” Owaida al Khyeli told reporters.

Current demand for aluminium fluoride in the Gulf is around 70,000 tonnes annually, he said, adding that demand is projected to reach some 106,000 tonnes per year by 2020.

“We will get majority of our aluminium fluoride from Abu Dhabi now,” he said.

Abu Dhabi, the largest and wealthiest of the seven states that make up the United Arab Emirates, is investing billions of dollars in industry, tourism and infrastructure to diversify its economy beyond oil.