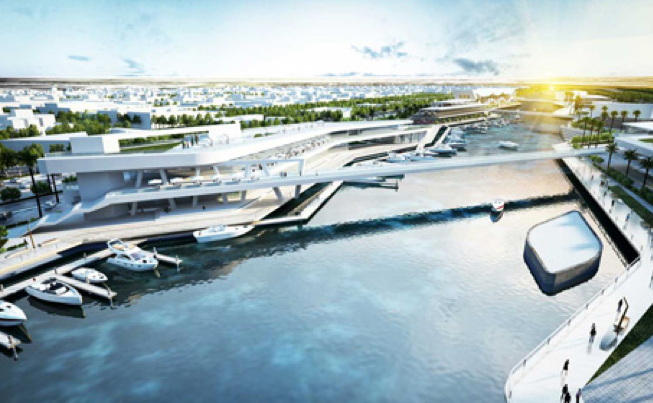 Al Barakah announced Wednesday that it had signed a deal to build and manage the 150,000-square metre Al Qana housing and marina complex for 30 years.

It will be built on 2.4km of waterside land in the Maqta area of the city under a musataha agreement and is scheduled to be open in the second quarter of 2018.

The project’s key features include the 5,000 metre aquarium, a 98 berth marina suitable for mini yachts, cafes, restaurants, and three or four stories of furnished apartments available for rent.

The aquarium would “absolutely” be bigger than the one at the Dubai Mall, the developer said, according to The National.

The development will be funded with 30 per cent equity and 70 per cent debt funding with a local bank, the publication said.