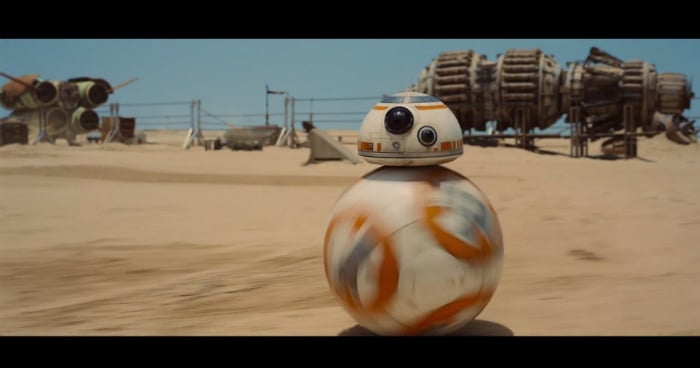 A short teaser trailer of the much-awaited film, Star Wars: The Force Awakens, has been released and prominently showcases the desert sands in Abu Dhabi where a part of the movie was filmed earlier this year.

The movie, directed by JJ Abrams, is the seventh installation of the popular Stars Wars franchise and is slated for release in December 2015.

It was co-produced in Abu Dhabi with the support of the government’s media arm twofour54 in May this year, with hundreds of local and international cast and crew converging in the UAE capital.

Filming took place in the emirate’s desert landscapes in the Western region.

“By exposing our local young talent to international productions and prominent directors, we look forward to developing their skills, and developing our next big director.”

Abu Dhabi is striving to establish itself as a regional hub for international productions and in a bid to woo producers, the Abu Dhabi Film Commission currently offers a 30 per cent rebate on all qualifying spend in the city.

In the last year, it has seen the shooting of Hollywood action film Fast & Furious 7, thriller Deliver us from Evil and Bollywood flick Bang Bang, among others.