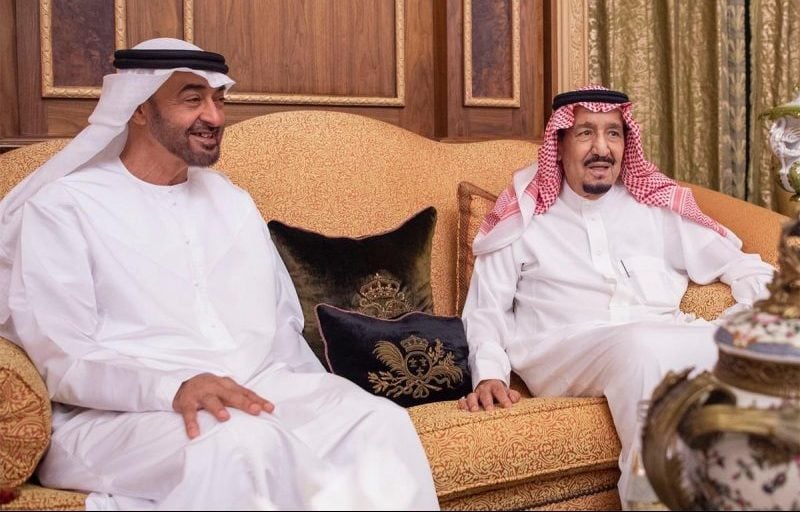 While welcoming Sheikh Mohamed, King Salman emphasised that the “brotherly, longstanding ties between the two countries have been growing stronger under the firm will of the leaderships in both countries”, official news agency WAM reported.

The two leaders discussed ways of consolidating bilateral ties, avenues of joint coordination and cooperation as well as joint work in areas to advance development, prosperity and stability.

The meeting, which took place at Erga Palace in Riyadh, also addressed challenges and crises besetting countries in the region while the two leaders stressed the importance of strengthening joint Arab action in confronting these risks, including extremism, terrorism and regional interferences in internal affairs of Arab countries.

Senior officials from both the countries were present at the meeting.