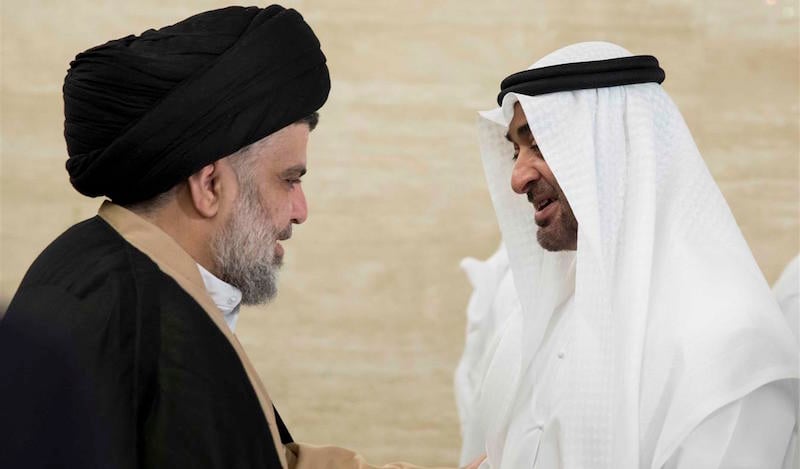 Sheikh Mohamed and Al Sadr – who is the leader of the Sadrist movement in Iraq – discussed issues of mutual interest, official news agency WAM reported.

Sheikh Mohamed stressed the importance of the stability of Iraq.

“Experience has taught us to always call for what brings Arabs and Muslims together, and to reject the advocates of division,” WAM quoted Sheikh Mohamed as saying.

The Abu Dhabi Crown Prince also renewed his congratulations to Al Sadr for Iraq’s victory over Daesh, and stressed the importance of building a nation that is inclusive to all Iraqis.

Al Sadr’s visit to the UAE was his second trip to the GCC region in two months.

The cleric visited Saudi Arabia at the end of July and also held meetings with Saudi Crown Prince Mohammed bin Salman. According to his office, an agreement was reached to study possible investments in Shi’ite regions of southern Iraq.

The kingdom also said it would consider the possibility of opening a consulate in the city of Najaf.

Al Sadr also revealed that Saudi had pledged $10m to help Iraqis displaced by the war against ISIL in Iraq.