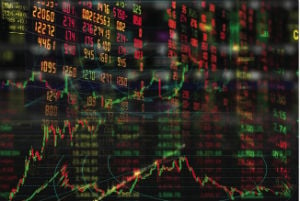 Abu Dhabi-based forex and commodities trading firm ADS plans to gain a licence to operate in the UK by early next year and has become one of the first Middle East brokers to start pricing the Chinese currency for customers in the region, its managing director said.

ADS, which is privately owned by investors from the United Arab Emirates, plans to set up an asset management and wealth management business next year and hopes to receive an FSA license from the United Kingdom before the end of this month as part of its international expansion strategy, Philippe Ghanem, managing director and vice chairman, said.

“We at ADS are looking at launching an asset management and wealth management business next year. We now have a fixed-income trading and capital markets brokerage business,” he told Reuters in an interview in Abu Dhabi.

“The plan is to open a subsidiary in the UK in the coming few weeks. You cannot have a global business without London. We have to be next to the major financial institutions in Europe,” he said.

ADS, which has subsidiaries in Hong Kong and Singapore, expects to get an FSA license from the UK within a few days. The company currently trades around $5 billion a day in spot FX, precious metals and CFDs (contract for difference trading). It does not release data on the health of its business.

The brokerage, capitalized at $400 million, has also started trading the Chinese yuan/US dollar currency pair, offering Middle Eastern investors access to the yuan, also known as the renminbi (RMB), amid growing interest in the Chinese currency in the region.

It is one of the first local brokerages to start pricing the Chinese currency as most of the fledgling yuan business in the Middle East is conducted by big foreign banks such as HSBC and Standard Chartered.

“We at ADS have started pricing the Chinese currency out of Abu Dhabi. We see a lot of demand and saw more than 300 per cent growth in trades over the past few months,” Ghanem said.

“This currency will be in everybody’s basket. The RMB will be a currency of reference that will help us fix the overall imbalance of currencies,” he said, referring to the volatility of the US dollar and the euro in recent years.

Ghanem expects the yuan to be part of Middle Eastern investors’ portfolio and saving schemes within a few years.

As China moves to establish its currency as one of the world’s heavyweight currencies, the cash-rich United Arab Emirates is seen as the next pricing and clearing hub for the yuan following China’s agreement to open up its markets for British-based investors last October.

Annual trade between China and the United Arab Emirates has risen 16-fold since 2002 to $40.4 billion, according to Chinese official data.

“We see a determination in Abu Dhabi to win a large share of the potentially massive Chinese market,” Ghanem said, adding that regulations at the recently launched financial free zone in Abu Dhabi, the Abu Dhabi Global Market, are in place for such a development.