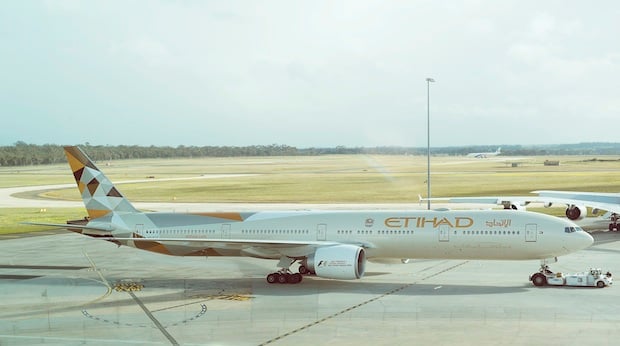 An Etihad Airways flight bound for Abu Dhabi was forced to return to the Manchester airport after a ‘loud bang’ was reportedly heard soon after take-off on Monday night.

Flight EY22, operated on a Boeing 777 jet, left Manchester at 7.28pm but performed a loop and headed back to the airport just before 8pm.

All the passengers were evacuated from the plane and the fire service was at the runway in line with procedure, local media reported.

One of the passengers also took to social media to say there had been a “small fire at the back of the plane”.

The Abu Dhabi airline confirmed that there was a problem with the aircraft.

“Etihad Airways confirms that flight EY22, Manchester to Abu Dhabi returned to Manchester Airport shortly after take-off, due to a technical issue,” it said in a statement.

“The aircraft landed safely and passengers disembarked. Etihad Airways apologises for the delay and inconvenience to passengers. Safety is the airline’s number one priority.”

Passengers took to social media to speak about their experiences. One described a “small fire” at the back of the plane.