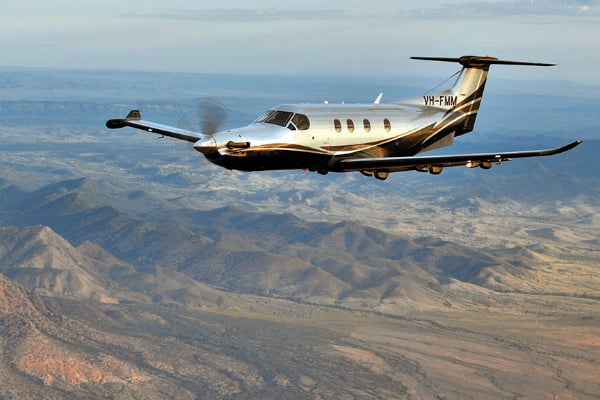 The company has been planning to launch its new service, using smaller turboprop Pilatus PC-12NG aircraft, for the past year and has received “significant interest from a number of parties”, according to Hafsa Al Ulama, managing director of GI Aviation’s parent company, Global Ideas.

It received its first PC-12NG in the spring, featuring a BMW DesignWorks interior, which will be the first aircraft of its type to operate in the region.

GI said the plane comes with a number of advantages including take off and landing on short runways typical of remote and island locations.

It is also able to access paved and unpaved airstrips.

Based on these characteristics the company expects to serve leisure, corporate and medevac charters flying on journeys of up to 2,000km with a range of four hours.

It also plans to serve city pair routes from its Al Bateen Executive Airport base, according to general manager Marios Belidis.

“At GI Aviation, we are able to serve all the major business and capital cities within the GCC and surrounding region and will also serve popular resort destinations like Sir Bani Yas, Ras Al Khaimah and Fujairah,” he said.

Belidis added that the service would provide an alternative to first and business class flying on some short distance routes.

GI Aviation will receive its second PC-12NG, which can seat six to eight passengers and travels at a cruising speed of 520kmh, in January 2017.