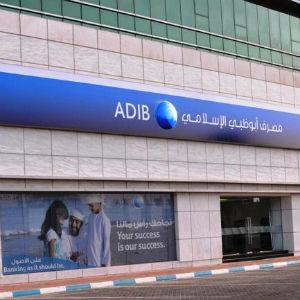 Sheikh Khalid Bin Zayed Al Nahyan, a member of the Abu Dhabi royal family, joined Prince Andrew, The Duke of York, to open the office at One Hyde Park, the 1 billion luxury Candy and Candy development located near the Harrods department store.

Trad Al Mahmoud, CEO of ADIB Group, said the bank was hoping to attract clients from the UAE who use London as their base for business and personal transactions and who desire Islamic finance services, based on principles such as a ban on interest and pure monetary speculation.

“This launch signifies the merging of our Islamic financial values with the advanced financial infrastructure and ecosystem of the UK,” said Mahmoud.

The UK is the largest Islamic finance centre in Europe, with $19 billion out of global assets of $1.7 trillion and is home to five fully sharia-compliant banks, data from the UK Islamic Finance Secretariat (UKIFS) estimates.

Although there are now 22 banks in Britain licensed to conduct Islamic finance transactions, ADIB is the first UAE-based financial institution to receive a banking operation licence from the UK Financial Services Authority (FSA).

Britain’s largest standalone sharia bank, Bank of London and the Middle East (BLME), is awaiting regulatory approval to move in the reverse direction to tap into the close ties between the oil-rich Gulf and the UK.

It is aiming to start operations in the Gulf, initially with a representative office this year, and a branch or subsidiary in the longer term, Chief Executive Humphrey Percy told Reuters in an interview.

Earlier in May, ADIB warned that profit growth for the rest of the year would be “subdued” as it posted flat income for the first quarter of 2012 and warned of the impact of the global financial crisis and Eurozone uncertainty on its business.

One Hyde Park, completed just over a year ago, is one of London’s most expensive retail and residential developments, housing the most expensive flat in Britain, sold for 136 million ($213.24 million).

Investors seeking safe havens for their cash have flocked to central London, stoking demand for the best shop units in the British capital’s prime shopping streets.

It is also home to a Rolex outlet and a store selling McLaren’s new sports car.