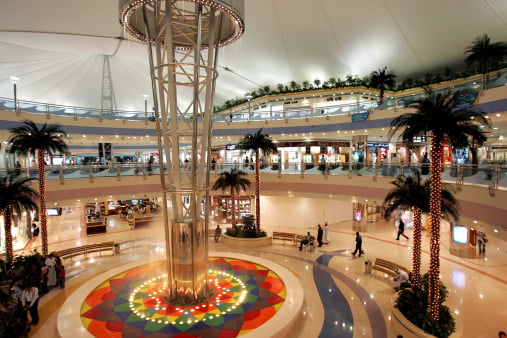 Abu Dhabi has over 0.8 million square metres (sq m) of upcoming retail space over the next four years, making it one of the top 10 global cities for shopping centre development, according to a new study by property advisor CBRE.

Mat Green, head of research UAE, CBRE Middle East, said: “After a period of significant undersupply, where many of the major malls have been running at close to 100 per cent occupancy, we are now entering into a new growth period for retail stock.”

“During this period [the next four years] we will see a dramatic transformation of the retail landscape, both in terms of supply and quality. We are also expecting an influx of new retail brands, some of which will be opening their first stores in the region.”

Earlier this month, it was announced that the Dhs700 million Deerfields Townsquare on the outskirts of Abu Dhabi is scheduled to open in the fourth quarter of this year. The mall, with 180 stores, hopes to welcome 12 million people during its first 12 months.

“Over the next four years around 0.8 million square metres of new mall space across nine schemes will be delivered to the market, helping to establish Abu Dhabi as a new destination for retail in the Middle East,” added Green.

Globally, the report found that 32 million sq m of shopping centre space is currently under construction, representing a 15 per cent increase compared to 28 million sq m in 2012.

Activity is mainly concentrated in emerging markets, with China accounting for more than half of all the space under construction (16.8 million sq m).

The rapid growth of new shopping centre development in emerging as opposed to mature markets is attributed to a growing middle class, the urbanisation of large cities and consumer demand for better quality retail, the report stated.

Retailers, including many from Western Europe and North America, are competing to take advantage of these new opportunities, it added.