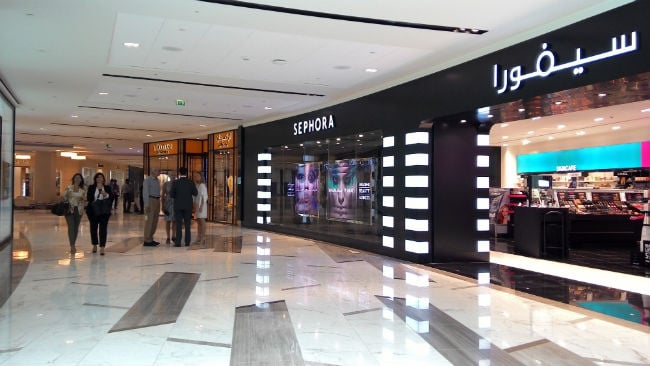 Abu Dhabi ranked the highest in the Middle East and 18th globally among cities that are actively developing shopping centre space, according to a new report from CBRE.

The UAE capital also has 778,000 sq m of new retail space in its development pipeline, including Yas Mall, which is due for completion in the final quarter of 2014, Capital Mall in Mussafah and Sowwah Central on Al Maryah Island.

“Abu Dhabi is witnessing significant retail space development, as it looks to establish itself as a prime destination for entertainment and shopping,” said Nick Maclean, managing director, CBRE Middle East.

“New retail destinations such as the recently opened The Galleria are helping to increase the emirate’s exposure, bringing new retailers and concepts to the region.”

The increasing demand for retail space is supported by strong economic growth and an influx of tourists and expatriates, the report said.

Occupancy rates are high, particularly in the major malls, where less than five per cent of space is empty, said CBRE. “The larger centres have also benefitted from a buoyant hospitality market which has boosted visitor numbers.”

Abu Dhabi has been seeing a boom in tourism in the last year, with the emirate’s hotels welcoming 2.8 million guests in 2013, up 18 per cent from 2012, according to official figures.

Neighbouring Dubai is also benefitting from a hike in tourism, which in turn has boosted the retail sector, said CBRE.

Many major mall operators in Dubai are extending their existing centres, including Mall of Emirates and Dubai Mall. This accounts for almost a quarter of the total retail space currently under construction in Dubai, said the report.

Globally, a total of 39 million sq m of shopping centre space is currently under construction, up three million sq m from 2013 with majority of the development activity focused on China.

“The scale of new development there is due not only to economic growth in the region, but also due to the demands of cross-border retailers, many of whom have found that the existing retail space in the region is not of the standard they require.”