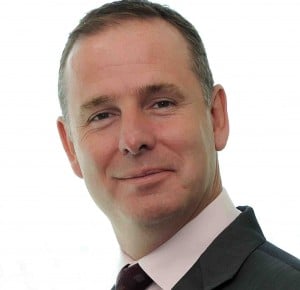 Abu Dhabi Airports chief executive Tony Douglas has stepped down to pursue a senior role in the UK’s Ministry of Defence, airport authorities said in a statement.

The CEO’s departure comes at a time when Abu Dhabi is in the process of constructing a massive new Midfield Terminal project that will more than double the current capacity.

However, Abu Dhabi Airports has said that it will not impact the progress of the terminal.

“A clear succession plan has been put in place to enable a comprehensive and properly executed transition during this period until Mr. Douglas’ final departure,” the statement said.

Authorities emphasised that the terminal project is currently 45 per cent complete and is on track for its opening in 2017.

Chairman of Abu Dhabi Airports Ali Majed Al Mansoori thanked Douglas for his contribution to the project and the company while crediting him for his work.

“We now move to a new era in the development of Abu Dhabi Airports’ long term progression to become one of the leading global airports operators. Thanks to Tony’s hard work Abu Dhabi Airports is well placed to achieve this objective.”

Douglas will be taking up the role of chief executive of Defence Equipment and Support at the UK’s Ministry of Defence.

Under the CEO, who joined the company in 2013, Abu Dhabi Airport has seen strong growth in passenger numbers, fuelled by Etihad’s expansion.

Although dwarfed when compared to its neighbour Dubai International Airport, which clocked 70 million passengers last year, Abu Dhabi too has become busier over the years.

The capital received around 20 million passengers in 2014, the highest it has seen in terms of passenger numbers. In February alone, it saw a 21.5 per cent year-on-year growth in passengers that numbered 1.7 million.