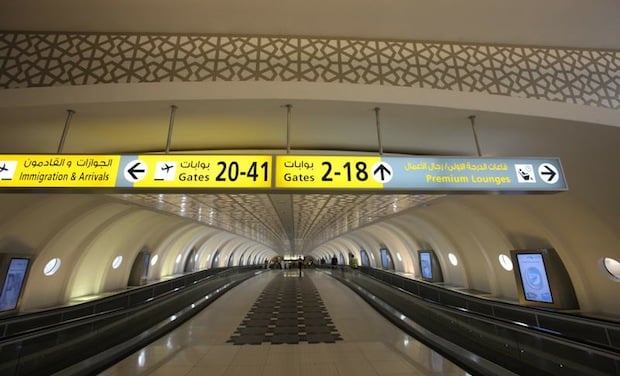 The airport received over 1.86 million passengers last month, compared to 1.78 million in November 2015.

The growth was supported by a strong rise in traffic to and from Saudi Arabia, which increased by 43.5 per cent in November.

Abu Dhabi Airports also revealed that year-to-date passenger traffic had risen by 5.3 per cent compared to the previous year.

Over 22.2 million passengers have travelled through the UAE capital’s airport so far this year, up from 21.1 million during the same period in 2015.

The Abu Dhabi airport is currently undergoing a multi-billion dollar re-development and expansion project designed to increase its overall capacity to more than 45 million passengers per year.

As part of this redevelopment, a second runway and a third terminal have been completed.

It is currently in the process of building its new Midfield Terminal Building, which will be the largest architectural structure in Abu Dhabi when complete.