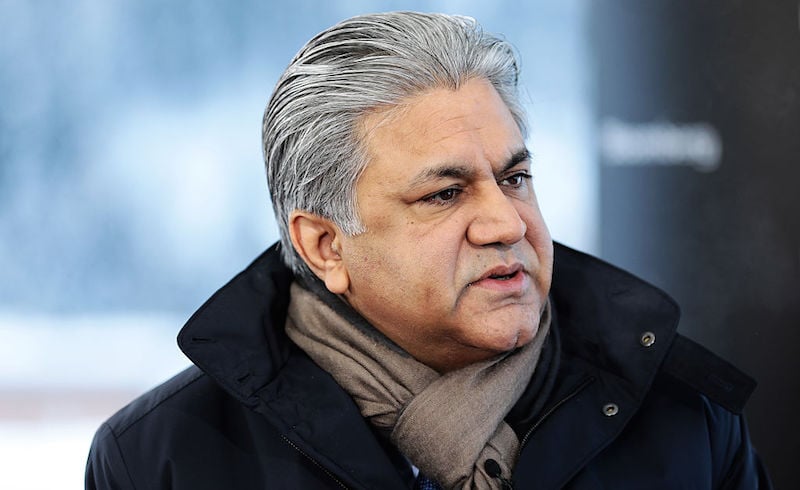 Arif Naqvi, the founder of the UAE’s Abraaj Group is still being held in a UK jail after winning bail since he has not yet paid the 15m pounds ($19.72m) security bond, according to media reports.

Naqvi, who is facing an extradition case to the US on charges of fraud was granted bail on Friday.

However, the Westminster Magistrates’ Court confirmed on Tuesday that he remains in custody.

The bail bond is the largest of its kind ever ordered by a court in the UK.

Other conditions for the bail include surrendering his Pakistani passport, remaining under 24-hour curfew at an address given to the court and wearing an electronic tag.

Under the charges, Naqvi is accused of defrauding US investors by inflating positions held by Abraaj in order to attract greater funds from them, causing them financial loss.

The US Securities and Exchange Commission alleges that Naqvi and his firm raised money for the Abraaj Growth Markets Health Fund, collecting more than $100m (£77m) over three years from U.S.-based charitable organisations and other U.S. investors, including the Bill & Melinda Gates Foundation.

Naqvi has maintained his innocence, according to a statement released on Friday through a PR firm.

Founded in 2002, Abraaj became a major investor worldwide, with stakes in healthcare, energy and real estate across the Middle East, Africa, Asia, Latin America and Turkey.

The company, which managed almost $14bn in assets, was forced into liquidation in June last year after a group of investors commissioned an audit to investigate the alleged mismanagement of money in its healthcare fund.