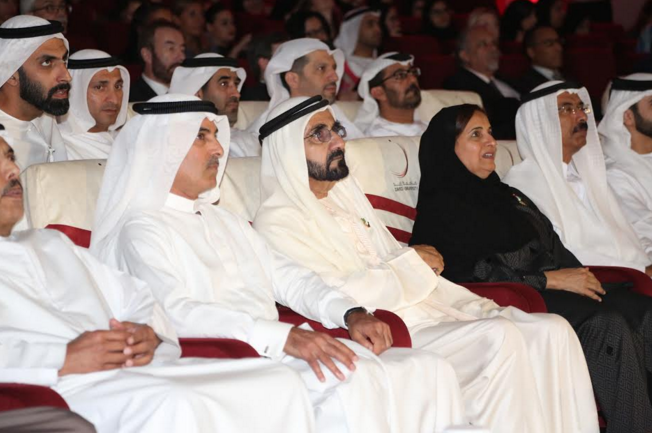 One of the Arab world’s largest philanthropic education initiatives the Abdulla Al Ghurair Foundation For Education has plans to work with top universities from across the world following its launch in Dubai Wednesday.

The foundation, privately funded by a $1.1bn investment from Emirati businessman Abdulla Al Ghurair, aims to support gifted Emirati and Arab youth with access to education opportunities through scholarships and support.

“Stay tuned in the next few weeks and months we’re going to be announcing partnerships with top universities from around the world as well as other educational institutions,” she told Gulf Business.

“The emphasis will be on top universities and top STEM programmes. So they will be in the US, UK and Canada and also other countries. In the next few weeks you’ll hear about some more partnerships and then also again in September and October of 2017 we’ll announce a bunch of new universities for the next academic year.”

The foundation has committed to reaching a minimum of 15,000 promising Arab youth pursuing science, technology, engineering and mathematics education over the next 10 years and 5,000 high-achieving grade 11 and 12 Emirati students at public schools on the path to university.

Under its strict admittance process, which was launched today by UAE Vice President and Prime Minister and Ruler of Dubai, His Highness Sheikh Mohammed bin Rashid Al Maktoum, only students with grades of 85 per cent or higher will be able accepted for a scholarship, which can be for both undergraduate and master’s degrees.

They will also need to prove they do not have the financial means to pay for their tuition through their family and show they have an aptitude for success and commitment to make a difference in their region and country.

The foundation’s three programmes, which are now open for applications on its website, include:

Jalbout said the organisation was about more than just providing scholarships and aimed to support students in developing their skills, friendships and job experience.

“This foundation is but a small contribution in return for the opportunities that our family was given by this country. We hope that the opportunities we provide young Emiratis and Arabs will mark the start of their journey towards greater success and philanthropic giving in the region,” said Abdulla Ahmad Al Ghurair at today’s launch.

Although the businessman has initially allocated $1.1bn for the foundation over the next 10 years, the aim is for the organisation to be sustainable and continually receive funding over the long term from companies that come under the family banner.

“It isn’t an initiative that will come and go. The idea is that this family has chosen to make this initiative part of its legacy and its contribution and he’s very much hoping that his children will continue in supporting this for a very long time,” Jalbout said.

“They’ve created a trust that directly commits the family to continuing to contribute from the income of the business.”