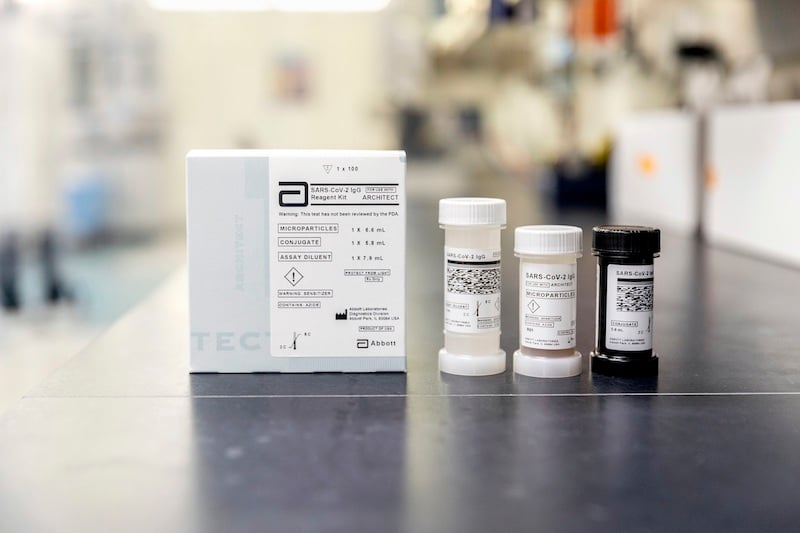 Abbott has announced that its Covid-19 laboratory-based antibody tests will be made available in the UAE with immediate effect.

The company will ship the tests to the UAE beginning May 7 and intends to distribute 300,000 tests by the end of month.

While molecular testing detects whether someone has the virus, antibody tests determine if someone was previously infected.

When asked about who can be tested and how much these tests cost, Abbott responded saying that it “does not determine the price of the tests and that patients will need to check with their healthcare provider and insurance [companies].”

It takes less than 30 minutes to determine the results of the test.

Abbott additionally said that it had received the CE Mark – a certification confirming conformity with health, safety and environmental protections standards for products sold in the European Economic Area – for its laboratory-based serology blood test for the detection of the antibody IgG.

A statement from the company explained that its SARS-CoV-2 IgG test identifies the IgG antibody, a protein that the body produces in the late stages of infection and which may remain up to months and possibly years after a person has recovered.

Abbott’s IgG antibody test will initially be available on its ARCHITECT i1000SR and i2000SR laboratory instruments.

It is already providing its Covid-19 molecular test on its m2000 instrument.

Tests demonstrated specificity and sensitivity of greater than 99 per cent, 14 days or more after the symptoms of the disease began.

“Abbott has been singularly focused on bringing COVID-19 tests to market as quickly as possible to help address this pandemic,” said Mohammad Aburub, managing director of Abbott’s diagnostics business in the Gulf and Levant.

“We are proud to be providing our antibody tests immediately as they will help understand who has had the virus, leading to greater confidence as we get back to living life,” added Aburub.

The statement added that these antibody tests will provide more understanding of the virus including how long antibodies stay in the body and if they provide immunity. This type of knowledge, the company said, could help support the development of treatments and vaccines.

The American healthcare company which has been present in the UAE for over 30 years with four local offices and a regional distribution center in Jebel Ali Free Zone, has an overall UAE staff strength of 330 employees.

The company said that it is significantly scaling up its European manufacturing for antibody testing and will expand testing to its Alinity i system.

It said that it would also expand its laboratory antibody testing to detect the antibody, IgM, in the near future.