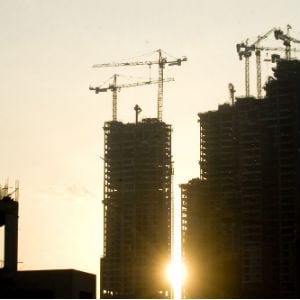 Although Abu Dhabi’s property market is still faced with over supply, government-funded housing projects are on the rise.

Aabar, which owns a 10.45 per cent stake in Dubai builder Arabtec, recently awarded the developer a Dhs222 million ($60.44 million) construction contract to build a residential development in Abu Dhabi.

Arabtec said the contract to build a tower of 229 apartments would take 22 months to complete.

Abu Dhabi property developer Aldar, whose Q1 net profit rose more than 152 per cent year-on-year, said that around Dh2.2 billion of its revenues were made up of sales contracts with the Abu Dhabi government and related entities.

Its rival Soruh also said that revenue from national housing projects generated Dhs62 million in gross profit during the first quarter of the year.