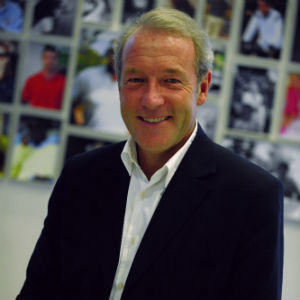 A sports enthusiast and a keen tennis player, Christophe Chenut, CEO of Lacoste, says he handles his company just like a sports team. He took charge of the brand- spread across 120 markets through a distributors and licensee model- in 2008. Since then, his focus has been on making people work together.

“Historically speaking, each licensee was working in his area without sharing,” he says. “What we do is to try and make every licensee work together for business plans, style and product development, communication and local promotion. I’m focusing on team spirit,” he says.

Lacoste began as a sports-apparel brand for men in 1933, but since then has rapidly expanded into a global brand producing clothes for men, women and children, footwear, fragrances, leather goods, eyewear, watches and fashion jewellery.

“When I arrived in 2008, it was a difficult time for the brand and the economy in general,” says Chenut. “So we had to change a lot of things. We brought in new people to head the different licences and in Lacoste itself, a lot of people arrived to replace those who retired.

And the move proved to be successful.

“We posted double digit growth in 2011 and announced 13 and 14 per cent growth in terms of sales. Worldwide we are reaching around 4 billion in terms of turnover in sales,” he says. “And we think we should grow around 10 per cent this year.”

Introducing new segments for women and youth has also worked for the company, says Chenut.

One year after its launch, the results for LacosteLive, the brand’s new offering for the ‘young and trendy’, are better than expected. “But we have to be cautious about that because we don’t want our distributors worldwide to replace the classical offer with LacosteLive because it’s so trendy and colourful and playful,” he says. “It must be a development and not cannibalisation.”

Innovating and modernising its products has not only helped the brand post strong performances in emerging markets like Korea, China, Brazil and Russia, but it has also encouraged growth in traditional markets. Lacoste witnessed 20 per cent growth last year in its main markets of US, France and Germany despite the unstable economic conditions there, says Chenut.

But he adds that the brand’s main strength is its global reach.

“When we are not in a country its only because of business and political reasons,” he says.

“That’s probably why we get results because people from these countries feel we are part of their general environment, their culture,” he adds.

And as the “first ambassador of the brand” as he calls himself, Chenut ensures that he personally represents Lacoste’s culture and values.

In Dubai to promote Lacoste during the Dubai Duty Free Tennis Championship – which the brand sponsors – Chenut enjoys endorsing the brand’s association with sports.

“It’s easier for me to be a part of the brand’s story because I love sports and I love tennis,” he says.

“Another important factor is that I have known the Lacoste family since I was born. I used to go their family houses during vacations and watch golf. So I’ve known them throughout my life.

“I am very close to the family, close to the heritage side through sports, so for me, Lacoste is part of my personal history,” he says.