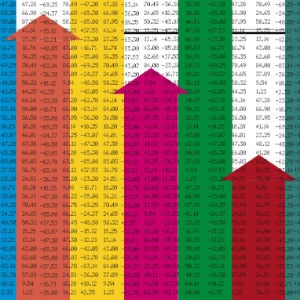 Imagine the towering Mount Everest next to a series of smaller Jebel Hafeet mountains and you will get a fair idea of what the Dow Jones MENA Index looks like spread over a five-year period. And it looks unlikely that the index can retrace its Mount Everest highs any time soon.

The figures show that it’s clear that investors are suffering from low oxygen levels even at Jebel Hafeet heights.

“For 2012, we have adopted a neutral view of the markets mainly due to lacklustre market liquidity and activity which is overshadowing positive indicators on the economy and earnings,” says M.R. Raghu, senior vice president, Research at Kuwait Financial Centre, or Markaz.

“Regulatory progress is seen as a vital component to the restoration of the GCC markets, bringing with it credibility and the attracting of foreign investor interest.”

With Hosni Mubarak in custody, Gaddhafi killed on the streets of Sirte, Zine El Abidine Ben Ali fleeing from Tunis and Ali Bin Saleh dislodged from Yemen, the regional investors were spooked by the political disruption to the status quo and in no mood to pick up stocks at bargain prices.

Most Middle East indices have trailing price-to-earnings ratios of around 10-12, with UAE at a tempting 9.69 and stalwart Qatar at 11.67.

It didn’t matter either that the Gulf states were raking in cold hard cash as oil prices remained the highest on average in its 150-year existence, and poured billions in investments.

International investors were disinterested too. Licking their wounds from the Euro sovereign debt crisis and poor US economic growth, global investors cashed out of the regional markets to focus on their core investments.

Gulf stock markets alone saw $49 million wiped off of the markets last year, or 7.1 per cent from the start of the year. More than half of the listed companies, 402 to be precise, witnessed a decline in their shares in the year with only 220 advancing; 69 remained unchanged. Overall, MENA markets lost $100 billion in a tough investment environment.

Trading volume – a key indicator of market activity – was down 21 per cent in the year compared to 2010 as most investors kept away.

Egypt’s stock market – easily the most open to foreign investors – was one of the worst performing in the world, falling nearly 50 per cent in the year, as Mubarak’s rule was replaced by an army reluctant to give up control.

All the GCC markets ended on a lower note, barring the Qatari market that managed to inch marginally higher, adding 1.12 per cent in annual gains by the end of 2011.

Despite the global financial crisis, Qatar has prospered in the last several years. IMF figures showed that Qatar’s real GDP, which has recorded one of the world’s highest growth rates over the past decade, leaped by nearly 17 per cent in 2010 and is estimated to have risen by about 19 per cent in 2011.

“On the negative side, the Bahrain bourse posted the steepest decline amongst its GCC peers, down by 20.15 per cent for the year,” notes a Global Investment House report. “The kingdom’s economy is estimated to have lost up to $2 billion due to political unrest that hit Bahrain.”

The New Year has come with its own set of challenges. Geopolitically, the region is gearing up for yet another unwanted war surrounding Iran’s alleged nuclear arsenal. Iran has also threatened to close the Strait of Hormuz – watch out for those oil prices in the weeks ahead.

While high oil prices may be good for the Gulf states, a conflict will hardly create a business-friendly environment, especially if the countries situated in the Arabian Gulf see their oil exports disrupted.

In addition, Egypt remains a basket case, with many analysts only expecting some normalcy well after the Presidential elections at the end of the first half of the year.

Meanwhile, the Syrian regime continues to falter and Bahrain has suppressed, but not resolved, its domestic issues.

Adding to the pressure are the signs of a slowdown in Asian markets and a potential implosion within the European Union’s sovereign debt crisis, which could upset any resurgence in regional markets.

But there is hope. For some time now the MSCI has been exploring the possibility of upgrading UAE and Qatar bourses to emerging market status.

Towards the end of November and at the beginning of December last year, the stocks on the Doha Securities Market (DSM) and Dubai Financial Market (DFM) witnessed a rally, partly due to the possible upgrade of the MSCI Qatar and UAE indices as part of the MSCI’s Annual Market Classification Review.

In the end the MSCI decided to give market players more time to assess the two bourses and postponed its decision till next June. The importance of this upgrade can not be overestimated.

“If granted entry, the Qatar and UAE MSCI indices will join the ranks of Brazil, China, India and Turkey and lure in a large pool of investors tracking the MSCI emerging index,” writes Dana Al-Fakir, economist at Kuwait China Investment Company. “In the long-term, this could secure the two countries another source of major capital inflows, as opposed to primarily coming from finite sources such as oil and natural gas.”

Al-Fakir notes that while both the UAE and Qatari stocks will likely occupy only a small percentage of the benchmark, it will still be exposed to investors with about $3 trillion worth of assets that could ultimately send their market fortunes soaring.

“What’s more, their reclassification decision will come at a time when the MSCI will also revisit the status of two Asian economies, Taiwan and South Korea, which together represent almost 25 per cent of the MSCI emerging index,” says Al-Fakir.

If either of the Asian markets are upgraded to developed market status, it would trigger a substantial reshuffling of mutual funds and ETFs, benefiting both the UAE and Qatar.

“So if Qatar and the UAE do increase their chances of an upgrade, expect bigger rallies in their respective markets ahead of the next upgrade classification. The entry of Qatar and the UAE into the emerging bourse will undeniably give local markets a well-needed boost and it will only be a matter of time before the rest of the GCC countries follow suit,” notes Al-Fakir.

But many analysts expect it will be a tough hurdle to cross for both markets.

Markaz’s Raghu says it is difficult for MSCI to upgrade Qatar and the UAE.

“While there has been an attempt to increase foreign ownership limits, market liquidity, lack of depth and absence of stringent capital market laws could come in the way of an upgrade.”

Nevertheless, Qatar remains among the picks for most investors.

“We are positive on Saudi Arabia and Qatar due to positive economic growth, earnings potential, market liquidity and large government spending,” says Raghu. “While Dubai is vulnerable due to debt overhang and struggling real estate market, Bahrain faces the problem of poor investor sentiment and hence dwindling investments.”

Saudi Arabia, as always, is the sleeping giant. The Tadawul remains effectively closed to foreign investors, but there are indications the Kingdom is looking to open up the market to international players, allow overseas listings and ease foreign participation.

This could be a game changer not just for Saudi Arabia but for regional markets, too.

Saudi Arabia remains the Eldorado for investors keen to participate in the country’s domestic boom and investment bonanza. Plus, the Tadawul is the most liquid market in the region and constitutes nearly half of the region’s total market capitalisation.

Saudi Arabia is also in the midst of a colossal expansion plan spanning all sectors of the economy. Last year the Kingdom posted nearly a seven per cent growth in GDP and unveiled an ambitious $130 million plan to invest in various parts of the economy. With the Kingdom pumping oil at record levels, the country is awash with cash and foreign reserves.

While analysts expect the Saudi officials to open up the market only to the top bracket of investors, the move could still suction liquidity and listings away from the region’s smaller exchanges and potentially trigger a regional consolidation.

Those seeing the glass as half-full would also expect the Egypt Stock Exchange index to arrest its decline and climb back slowly to the pre-revolution days as the tensions subside eventually.

There is, of course, no easy path to profits for regional equity investors. Traders can only dream of scaling that Mountain Everest again, but there is no reason not to set up camp and wait for favourable conditions.