A Look At The Last Five World Expos - Gulf Business 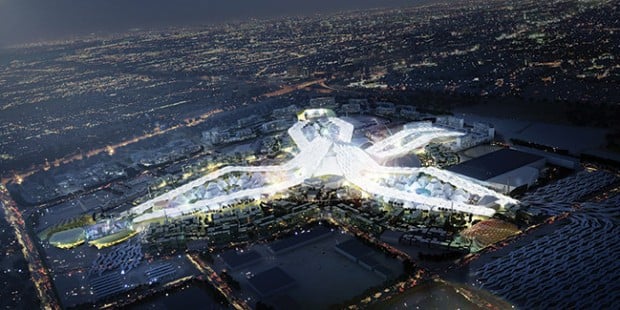 A successful World Expo can help showcase a city’s great talents and reveal it as a credible force on the world stage, whilst a failing fair has been known to leave the city facing an economic black hole. As Dubai awaits the Expo 2020 announcement, Gulf Business looks at the event’s sometimes controversial past and the legacy of the past five World Expositions.

Held on the banks of the Mississippi River Expo ’84 notoriously became known as the first ever Expo to close due to bankruptcy. Officials sited attendance problems as a key reason, with the fair attracting 7.3 million visitors, less than half the amount predicted.

Video clips of the fair reveal a ghost town exhibition and the lack of buzz about the fair led to the public shaming of the organisers, with their salaries being halved. The lack of success shocked many contemporary commentators, as Expo ‘78 had been a huge success, leading some news broadcasts to question whether Expo ’84 spelt the end for World Expos.

One individual who gained popularity from the New Orleans Expo was Seemore D Fair, the event’s official mascot. This was the first time a mascot was used at a World Fair and is a tradition that has been carried to the present day Expos.

In contrast with the New Orleans fair, the Brisbane event became one of the most thriving World Expos of all time.

A successful marketing campaign, which placed emphasis on the exciting and innovative ways people could travel to the Expo paired with affordable tickets helped to gain the 18,574,476 visitors who passed through the site in the summer of ’88.

Held on the South Bank of the River Brisbane, Expo ’88 helped to put the city on the map as a thriving, cosmopolitan and exciting place, helping to stimulate the local economy long after the last ticket was sold.

Indeed, it proved so successful that during July 2013 a popular Expo commemoration event was put on to celebrate the 25th anniversary since the ’88 event.

After a long break from World Expos during the 1990s, the 2000 event held in Hanover came back with a fizzle, selling less than half of the 40 million predicted ticket sales. The Bureau International des Expositions (BIE) who oversee the event also described it as “one of the most controversial” Expos to have taken place, as the city only narrowly beat Toronto, Canada to host the event with a vote split of 21 to 20 votes.

Ticket pricing was also seen as a significant reason for many people not attending the event, with it being significantly more expensive than many other comparative family days out.

Held in Hanover’s pre-existing convention area, it was the first Expo to be granted permission to use pre-existing structures to house the event. It also moved away from the traditional Expo focus on new technology to one more based on developing sustainable ways of living for the future with the theme “Man Nature and Technology”.

Environmentally friendly, futuristic and with an ecological infrastructure, Japan’s 2005 Expo took on the theme “Nature’s Wisdom”. The Expo was situated high in the woody area in the suburbs of Nagoya. According to the event’s organisers, the decision to situate the Expo in this area was in order to reflect the power of nature over manmade creations. This point was further highlighted by creating event buildings that could easily be disassembled after the fair had finished, returning the landscape to its original natural form.

One of Japan’s biggest exports, Toyota was also well represented, debuting the single-seater, four-wheeled i-unit concept car at the event.

The Expo was considered a huge success attracting 8 million more than the expected figure, totally 22 million.

Taking on the challenges of the digital age, the Chinese Expo set up the website ‘Expo Shanghai Online’ allowing people to follow the events taking place from the comfort of their own home. Acknowledging the value of digital media marketing, the event also received a remarkable in-person attendance of 73 million people.

The exhibition, with the theme “Better City Better Life”, aimed to make people more informed about the eco-friendly choices they could make living in a city. United Nations Secretary-General Ban Ki-Moon commented at the closing of the Expo that “thanks to the event millions of people learned about possibilities for making our cities healthier and safer, cities that offer their citizens cleaner air and water, and better lives all around.”

The planned joint World Expo for Budapest, Hungary, Vienna and Austria in 1995 came to an abrupt end with the breakdown of the Soviet Bloc, as a democratic referendum was put to the people of Budapest, who voted largely against holding the Expo event in their city. Vienna continued ahead with plans to hold the Expo alone, but this ended when they ran out of money to fund the event.

It was after the failure of Expo ’95 that the International Expo Bureau (BIE) became stricter in their approach to Expos and the regulation of having a World Expo every five years became a permanent fixture in the event layout.