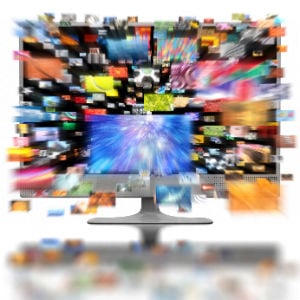 The 2011 upheavals in the Arab world heaped attention on the colossal power of the internet. At no time in history has a single event like Egypt’s revolution captured such intense online momentum. In the last 12 months the message of change quickly rippled across the Gulf’s digital landscape.

Social media is the obvious beacon here. Between January and April 2011, Facebook subscriptions increased 30 per cent in region, according to research firm Booz and Co.

Two weeks after the resignation of Egypt’s President Hosni Mubarak, there was an average of 2,400 tweets a day from users in neighbouring countries. In Tunisia after Ben Ali’s resignation, there were about 2,200 tweets a day.

According to the Arab Social Media Report of the Dubai School of Government, Facebook penetration in the UAE is now the highest in the Arab world and among the top ten in the world.

It seems organised political action has morphed into organised social participation. Nick Ingelbrecht, research director at Gartner Consumer Insight, said: “The big cultural change that has taken place since the Arab Spring is the raised consciousness about the potential for social organisation and this is propelling exploration and expansion of online activities and information sharing.

“It is true to say that technologies and phenomena such as Twitter, Facebook, Ushahidi, smartphones and YouTube all helped accelerate the Arab Spring uprising, though we have to be careful not to assume a causal link between the two.”

There were of course deep-seated grievances around societal freedom, political corruption and abject living costs that enflamed populations in Egypt, Tunisia, Libya and now Syria. Most worryingly, from a GCC perspective is some of these same threads can be traced to restive parts of the Gulf.

Whether protests sparked online activism or vice versa, it’s now clear that the two go hand-in-hand. As a result, the last year has witnessed the creation of believers out of past sceptics.
JC Butler, co-founder of Dubai-based Dubizzle, said he noticed dramatic attitudinal changes in Egypt after the revolution. “Previously, the older generation was sceptical about online. It wasn’t tangible and didn’t operate in the real world. But literally overnight, everyone was like, okay, I get it. I can see the difference it can make.”
Dubizzle has benefited from the recent surge in online usage. It is now the biggest classified site in the Middle East and operates in 14 countries in English, French and Arabic languages.

Others have capitalised on the new wave of comfort for online, by tapping the online food delivery business. Ordering take-out is a popular past-time in the region and there is growing appetite for the convenience of handheld mobile devices. FoodonClick is the largest food ordering website in the UAE and has plans to launch in three other Gulf states by mid-2012, according to its boss Nevzat Aydn.

Aydn, who is the CEO of the site’s parent company in Turkey, Yemeksepeti.com, said: “Today, five to seven per cent of all FoodonClick orders come from the Iphone app. We expect this to increase to 20 per cent this year. We will also introduce Arabic language to the site in six months.”

For some, the Arab Spring was a much-needed spark for entrepreneurialism in the Gulf. In such an oil and gas-rich region, there has been little incentive to invent to survive. But the Gulf’s growing digital ambitions increased the appetite to incubate the start-up, according to Ovais Naqvi, senior vice president at Abraaj Capital, the firm behind the entrepreneur platform wamda.com.

“Political factors in the region over the last year are directly linked to empowerment. It’s increased the willingness in the region to take an entrepreneurial step. Therefore, you’re seeing more strategies and incubatory pockets being developed, including by governments.

“The growth of start-ups is focused on web-related businesses, whether it’s social networking or group buying models. The big opportunity with digital is also to use data to inform business decisions,” added Naqvi.

In 2009, Abraaj launched the Wamda Capital Fund and has since invested in 14 early stage businesses. Naqvi said Wamda.com was created as a platform for the hundreds of other proposals he received asking for cash. Entrepreneurs can access written articles, reports, and videos designed to spotlight the stories of small businesses throughout the region.
Many see this jump in entrepreneurial activity as the most powerful economic by-product of the Arab Spring. There is still a lot to do to catch up with the hubs of innovation in the West, but the hope is that a legacy has been started.

Ultimately, whether dot com businesses thrive in the Gulf or not, the demand for online is unlikely to diminish. Few will protest the surge towards empowerment through the internet.