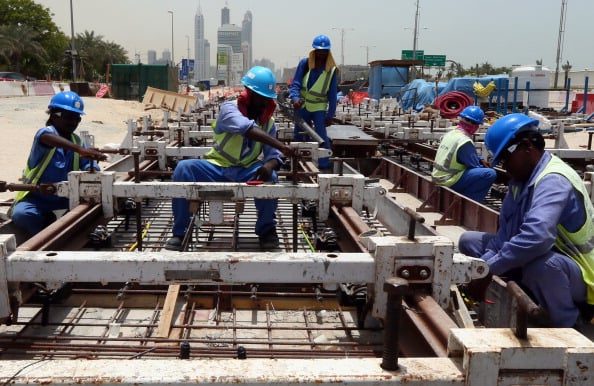 Up to 99.88 per cent of firms in the UAE are complying with the ongoing midday work ban, according to a report issued by the department of inspections at the Ministry of Labour Ministry.

The report, covering the period from June 15 to August 9, found that 44,779 facilities abided by the ruling while 56 establishments – amounting to 0.12 per cent – violated the law, official news agency WAM reported.

The midday work ban, now in its 10th year, prohibits workers from carrying out any work under direct sunlight from 12.30 pm to 3pm during the peak summer months, when temperatures reach between 50 to 55 degree celsius.

It began on June 15 and runs until September 15, and aims to protect the health and safety of workers, according to the ministry.

Mubarak Saeed Al Dhaheri, undersecretary of the Ministry of Labour, noted that commitment to the ruling was increasing on a yearly basis.

While the ministry does have a provision for cases where work has to continue during the designated periods for technical reasons, employers are obliged to provide cold drinking water, safety tools, first aid, salts, lemon, and other items approved by the health authorities.

A fine of Dhs15,000 will be slapped on employers who violate the ban and those who employ labourers who do not have a work permit from the ministry, Al Dhaheri added.