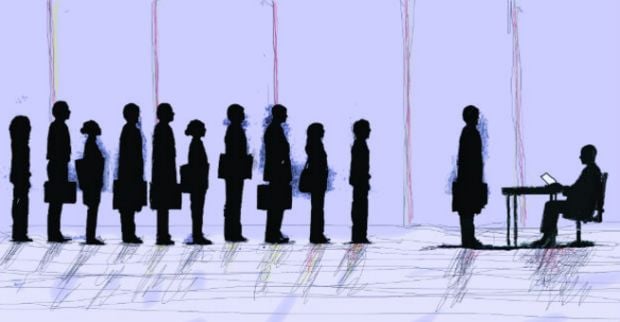 Up to 80 per cent of graduates in the Middle East and North Africa are leaving universities unprepared for work, according to a new survey

Just under one-third of people surveyed in the Injaz Al-Arab, Bayt.com and YouGov report were unemployed graduates, including 43 per cent of women surveyed and 59 per cent of fresh graduates.

The results suggested that young people across the region are leaving high education unprepared for the workforce, the companies said, with 80 per cent claiming college did not help them identify or apply for suitable job opportunities.

Certain careers were also found to be overlooked by Arab youth including hospitality, aviation and media.

Less than half of those surveyed believed the three industries represented good opportunities for career enhancement. Around 12 per cent expected job growth within aviation, 24 percent in media and 25 per cent within hospitality. Just 3 per cent of graduates cited a willingness to work in each sector respectively.

The majority of correspondents believed that well-established sectors like construction (42 per cent) and gas/energy and petrochemicals (35 per cent) provided the best opportunities for growth.

Many also selected their degree based on their career goals (48 per cent) rather than perceived opportunities (31 per cent) or because it matched their strengths (17 per cent).

Salary (59 per cent) and long-term career prospects (46 per cent) were the most important aspects in deciding a job, with men (61 per cent) valuing the former more than women (54 per cent).

“Given youth aged 15-24 years old make up almost 40% of the working age population throughout the MENA region*, their lack of work readiness and little awareness of the wide range of opportunities available outside more traditional sectors such as construction and gas/energy, gives reason for alarm which calls for urgent action,” the report said.