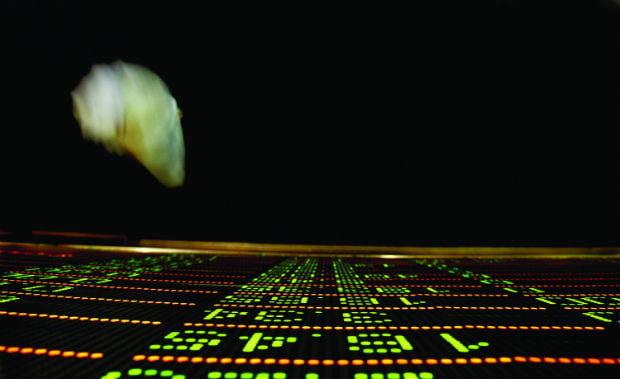 As the only G-20 member closed to foreign investors, Saudi Arabia’s decision to open up its stock market has the potential to kick-start a new era in regional equity markets.

Foreign investors are salivating at the prospect of investing in Saudi Arabia’s well developed but frontier market with a string of world-class companies that have remained largely out of the portfolio of global fund managers.

While foreign investors had their foot in the door after index provider MSCI upgraded the UAE and Qatar, the liberalisation of the Saudi stock market, also known as Tadawul, swings it wide open.

For international investors, the big prize behind the closed Saudi market is the treasure trove of well-run companies, often with plenty of cash in hand, catering to a growing, affluent population.

“With a huge market capitalisation of $531 billion, the Saudi stock market, popularly known as Tadawul, is in the process of evolving to introduce greater transparency, strong governance and enhanced liquidity in the market to bring it on par with the global standards and attract more foreign investments in the Kingdom,” said Kuwait-based Global Investment House (GIH) in a new report.

The MSCI has further fuelled the momentum by suggesting it may consider upgrading Saudi Arabia’s status to that of an emerging market.

The move has been a long time coming. Saudi authorities have slowly unrolled a plan to liberalise the market spanning a decade, and pursued a long- term reform agenda.

The Tadawul market first opened its doors to non-Saudis when GCC nationals were allowed to invest in the market in 2007.A couple of years later, Saudi regulator, the Capital Market Authority (CMA), allowed non-resident and non- Arab foreign investors to buy Saudi shares through swap arrangements. However, most market observers believe it was very restrictive and did not truly open the market.

The authorities also introduced exchange-traded funds in 2010, which were cheaper than mutual funds and introduced greater transparency in the market, while foreign investors were also given limited exposure through credit swaps.

After a series of small, measured steps, Saudi authorities have finally taken a giant leap by allowing foreign institutional investors to fully participate in the half a trillion dollar market from mid-2015.

“The CMA plans to adopt a model like China, Taiwan and some other key emerging markets. As per proposals circulating in the news, the CMA could classify FII (Foreign Institutional Investor) as qualified foreign institution investors (QFII) having a minimum $5 billion assets under management and five years of experience in securities dealing,” said GIH.

There also could be other restrictions in place like awarding just 10 licenses initially, restricting QFIIs to no more than a five per cent stake in a Saudi listed company and no more than a 20 per cent holding in a single company by all QFIIs combined.

Indeed, Riyadh-based Samba bank notes that there are likely to be limits on foreign ownership and only large institutions, most probably mutual funds and pensions, which are ‘long-only,’ will be allowed to take positions.

“These institutions have the potential to reduce volatility by buying when placent stocks are undervalued and selling when valuations become stretched. Their focus on research also tends to discourage bubbles from developing, by promoting more rigorous scrutiny of the market,” Samba analysts said in a report.

Although the move does open the possibility of potentially destabilising inflows and outflows of capital, the Saudi Arabian Monetary Authority has ample foreign reserves to meet this challenge, the investment bank analysts commented.

At the moment, foreign institutional investors’ holdings account for just 4.15 per cent of total market capitalisation in Saudi Arabia.

“We believe these regulations will attract more long-term investments over short-term, and reduce volatility in the stock market,” GIH said.

The regulatory changes are already having an impact: In July alone, foreign investors brought Saudi shares worth $941 million through swap agreements.

The CMA has earned a reputation as a competent regulator and is widely considered to have a strong framework in place. In recent months, the CMA enforced rules and regulations and emphasised the need to reduce risks, protect investors, and enhance the quality of listed stocks in the market.

The range of processes vary from a two-hour trading suspension to a possible delisting for companies with accumulated losses of 75 per cent or more of their capital, according to NCB Capital.

“The new regulations indicate the willingness of the CMA to improve and maintain higher quality stocks for traders to invest their capital,” NCB said.

WHY Foreign investors Are eAger to invest in sAudi stocks

The Largest Market In The Arab World

At $531 billion, the Saudi market is bigger than the markets of the other five Gulf States combined. Saudi Arabia is also
the only G20-nation whose stock market remains closed to foreign investors. At AA-, Saudi Arabia’s sovereign rating is higher that that of emerging market peers India, Brazil, Indonesia and Malaysia, which gives the Tadawul an edge over
its rivals.

With more than 150 companies listed on the exchange, investors will have the necessary depth and choice to spread their risk.

Foreign investors will be able to gain exposure to Saudi Arabia’s formidable oil economy by investing in its market. The kingdom is the world’s largest oil exporter, and one of a handful of OPEC nations with significant spare capacity that could swing markets. While state- owned Saudi Aramco is not listed on the exchange, foreign investors can still invest in the general index which tracks the volatility of oil markets.

It Has Consumer Companies

Saudi Arabia is home to agriculture and food companies that are not only dominant players at home, but are also well-entrenched in affluent markets such as the UAE. Investing in host of consumer staples players such as Almaria Company, Savola Group, Saudi Dairy and Foodstuff Co., and Herfy Food Services, among others would give investors exposure to highly favourable demographics with growing affluence.

It’s The Most Liquid Market

Unlike other Gulf markets that have a limited number of domestic investors, Saudi Arabia can draw upon a massive pool of national investors eager to try their luck in the stock market. While domestic retail investors have often been accused of irrational exuberance, a new set of disciplined foreign investors could emerge as a perfect foil to bring more discipline to the Saudi market.

Foreign interest would likely lead to an initial public offering frenzy as a number of privately-owned businesses look to cash in and offload a portion of their stakes in public markets. Saudi Arabia and the wider Middle East are home to sizeable private businesses that have stellar reputations but are wary of public markets due to the lack of market sophistication. The arrival of foreign investors and mutual funds will add a layer of disciplined institutional investment that could encourage many businesses to dip their toes in the stock market.

A Boon For Brokers

Average daily trading values on the Tadawul were at a seven-year high in the first half of the year, as investor confidence returned to the market. The Saudi index has been averaging SAR8.5 billion each day, although it is still well short of the SAR10.3 billion clocked in 2007.

But that’s expected to change.

“Currently, the top nine brokerage firms enjoy a combined market share of more than 85 per cent in terms of value traded. Aljazira Capital leads the list with 17.8 per cent, followed by Al Rajhi Capital (15.8 per cent) and NCB Capital (11.8 per cent),” said Global.

“All nine firms are owned by banks; hence, we expect profitability of banks to improve in tandem. Local brokerage firms are also likely to benefit by enhancing quality research on Saudi equities as FIIs bring more corporate access, disclosures, etc.”

Saudi Arabia has been among the best performing G20 economies in recent years, and is expected to post 4.6 per cent growth this year in the face of an uncertain global economic environment.

“The Saudi population is young and increasingly well-educated, and as it continues to enter its working-age years, there is tremendous opportunity to boost growth and raise living standards further,” the IMF said.

In addition, the Kingdom has projects worth $1.1 trillion planned over the next few years, with construction activities focused on the breadth of the economy, including housing, energy, transportation, education, healthcare and tourism.

“New sectors such as automotive are expected to receive government support which – in turn – are expected to nourish ancillary activity across related sectors. Strong non-oil growth should receive additional support from recent labour market reforms, which had the effect of reducing unemployment,” said Kuwait Financial Centre, Markaz, in a recent report.

Despite the compelling, multi-faceted factors creating a highly conducive environment for foreign investors, analysts believe changes to regulation will only come at a measured pace.

Exposure to foreign investors is also a double-edged sword. The Saudi market has benefited from being insulated from global markets and has been operating within in its own domestic cycle, but flows from foreign funds means the Tadawul will be vulnerable to global ebbs and flows.