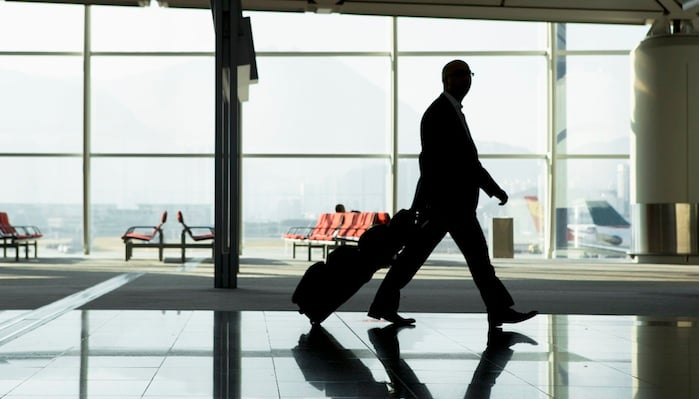 Over half of UAE residents – 53 per cent – travel on business at least once a year, according to a new survey by online travel site Expedia.

The survey, which spoke to over 1,000 UAE residents in May 2015, found that respondents take an average of two business trips annually.

Western expats were found to travel the most for business, taking on average 2.7 business trips per year. They were followed by Emiratis, who travel 2.5 times annually and Asian respondents who make an average of 1.7 trips per year.

The age of respondents also influenced the length of trips, the survey found.

The survey, which also polled respondents about leisure travel, found that 86 per cent of all UAE residents go on vacation at least once a year.

On average, they take three trips per year, travelling for around 15 days, the survey stated.

In terms of length of stay, Asians topped the list with an average of 16 days, followed by Westerners and Arab expats (15 days) and Emiratis (12 days). Close to half of the respondents – 48 per cent – said they took breaks that last over two weeks.

The UAE’s central location combined with the fact that it is well-connected across the world thanks to airlines such as Emirates, Etihad and flydubai, means that residents travel fairly often.

A previous study by Expedia that analysed vacation days used by workers around the world found that UAE residents are given – and take – a full 30 days of vacation each year.

That’s almost twice the number of vacation days taken by their peers across Asia-Pacific. For instance, while workers in Australia, New Zealand, India and Japan are offered 20 days of leave, the vacation days they take are usually 15 or 10 (in Japan).