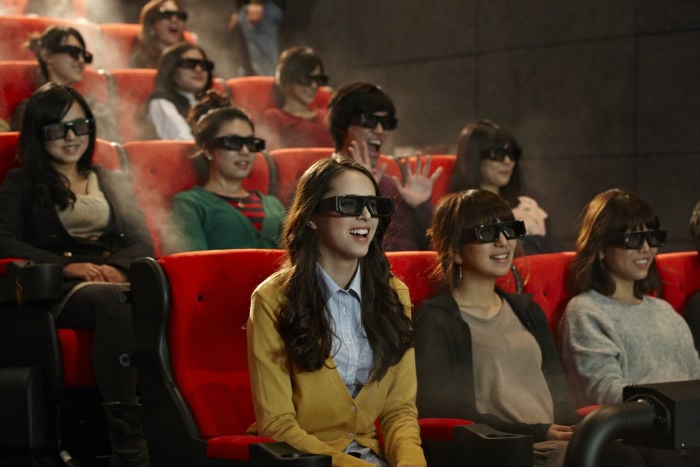 The cinemas, which opened on December 26 2013, have welcomed over 5,000 guests with numerous sessions sold out, VOX said in a statement.

4DX cinemas are designed to offer an ‘immersive, engaging and sensational’ experience. Seats are fitted with multiple motion simulators, synchronised with the on-screen action, making movie-goers feel every jolt and tremor that characters go through in the film. Specially fitted mechanics around the seats also mimic the on-screen environment, making it possible to experience fog, rain, wind, thunder and lightning. The concept also introduces various scents, allowing guests to smell the on-screen environment.

Cameron Mitchell, CEO of VOX Cinemas said: “As expected with such an exciting concept, VOX 4DX has been incredibly popular in its first few weeks.

“In line with our exclusivity agreement with the CGV Group, we are advancing plans to install the technology into Aldar’s new Yas Island super regional mall later this year, so guests in Abu Dhabi can also experience the new concept, and plans are under review to install VOX 4DX in Sharjah, Qatar, Oman, Bahrain and Lebanon,” he added.

Samurai film 47 Ronin, starring Keanu Reeves, emerged as the most popular film in VOX 4DX over the festive period, while Tarzan was a big hit with the younger audience. Thor 2 and Fast & Furious 6 are also slated for immediate release on 4DX, said VOX.

In January 2014, VOX 4DX will hold screenings of Jack Ryan starring Kevin Costner and Chris Pine on January 16 and I, Frankenstein with Aaron Eckhart on January 23, at both Deira City Centre and Mirdif City Centre.

4DX launched in 2010 in Seoul, Korea, and it has since expanded to 90 locations across 22 countries including Croatia, Ukraine, China, Russia, Indonesia, Thailand and Venezuela among others. An additional 90 screens are scheduled to open globally this year, and there are plans to expand to 300 screens by the end of 2015.