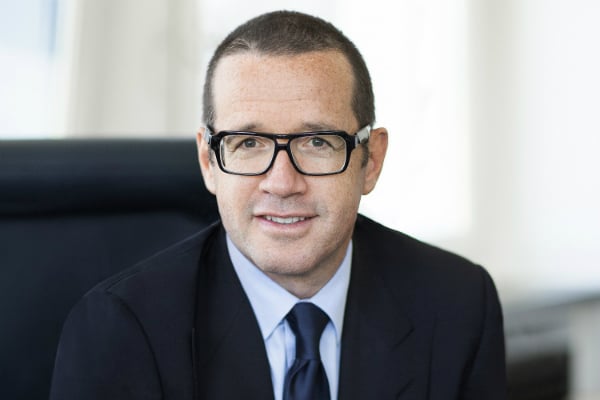 Audemars Piguet makes only 40,000 watches per year and they are happy with that volume. It is a truly high-end luxury brand that caters for the discerning collectors worldwide. Owning a Royal Oak is like a rite of passage, a statement of a strong personality and sophistication. And while most of the industry has suffered at some point in recent years, either because of the Chinese deceleration, Russian currency fluctuations or the wider global downturn, CEO Francois-Henry Bennahmias has surfaced with a smile at the end of each fiscal year. He’s restless and there are more than a couple of things to learn from him.

Tell us your impressions of 2017’s Dubai Watch Week?

“The Seddiqi family has put a lot of effort to make it a worldwide event and I think it is time for the brands to support them even more. They take care of everything and we should thank them and do much more. I understand that they want to go every other year now, which is fine, but I’ve already made a commitment that on 2019, we will come prepared for it.”

You presented two new pieces at the end of 2017, a new millenary and the chrono tourbillon, with very distinctive bridges?

“For the 25th anniversary of the Royal Oak offshore we didn’t want to make a simple thing, so we asked our design team to work on the movement itself and ‘3D it’. We have also changed the shape of the case for the first time. An offshore never had a see-through bezel, and the big thing is that we will only make this edition, there will be no more offshores like this ever again.”

So, it will be very collectible?

“It better be. Yes, that’s exactly what we are doing right now. It’s called inside trading.”

The millenary has a very distinct bracelet…

“This kind of bracelet has been part of the brand for a long time, but I love the fact that we brought it back with a sort of vintage cool new style. So, it is a very good-looking watch, and the fist buy that we got from our retailers and distributors is pretty serious. So, I’m happy. We might have made the mistake of not making enough.”

Is Guilio Papi still involved in the whole design process?

“Guilio is gone. He’s working for Mercedes Benz now and he’s opening a club in Las Vegas. Noooo, Giulio is with us, absolutely. You will see one of his creations at Salon International de la Haute Horlogerie (SIHH) that is going to make a bold statement in the world of watchmaking, because what he thought about, as a new mind-set for putting mechanisms together, is a wide-open door for the next 10 years. It’s a complete change of perspective on putting a movement together.”

We have seen in 2017 how part of the watch industry is exploring new distribution channels, from e-commerce to non-conventional retail operations. What’s the role of Audemars Piguet into this scenario?

“We, as the watch industry need to go online, not only AP. Some brands are doing it. Are we going to sell online? The answer is ‘absolutely’. The luxury industry made the mistake with the dark side of the force of going online late but now we all have to embrace it and we have to be very careful on not to make very quick statements. Let’s see where life takes us.”

What about your customisation and bespoke offerings?

“I don’t want to expand too much in the whole discussion, but I’m saying it’s a free world and everybody can do whatever he or she wants.

“On bespoke there’s not official or unofficial, we get inquiries from clients on a day to day basis and we have done many watches in 2017 that have been made with specific requirements for clients. I think it is going to be a growing business but a tough one, because when you work with the dial or case or some special colour it is fine, but if it’s the mechanism, then you are talking of a whole different perspective. There is no way you can develop a bespoke mechanism in six months or even a year. No way. And if you want to do that, then you’re going back to the old world when kings and Maharajah’s ordered their watches and it takes a long time.

It could take three, four, five, seven years. Are we closing the door to those inquiries? No. The last time we did it was with Michael Schumacher. He came to us and said: ‘This is what I want from a chronograph’, and we never had done that before. It was a truly customised and bespoke mechanism.”

Which markets are performing better and what are the main topics in the Middle East market?

“We reached 40,000 watches in 2015 and the same in 2016 and 2017. We haven’t seen a massive shift from one place to the other. Hong Kong was slowing down but is back up, China is there, stronger than ever but on smaller numbers for us. The US remains number one.

The average percentage of sales on the Middle East for the watch industry is 6 per cent. It’s 11 per cent for us. It’s performing pretty well. And even today despite all the political issues, our business with our partners is unbelievable. I would say that because of the small quantities of watches on each territory, we cannot pinpoint a percentage here end there because the changes can be triggered by the product allocation that we give to each market.”

What about the Saudi market?

“We’ve been in Saudi Arabia for a long time, we have two locations, one in Riyadh and one in Jeddah and we’ve seen our sales growing there.”

Is there a complication that you haven’t done and you would like to?

“The only thing I can say without revealing too much is that what we are introducing at SIHH in 2018 is a big, big move towards the future and it will open many more doors for the industry.”

Will you ever do connected watches?

“No. Don’t make me say never because never would be very shortsighted. But never in the way it has been done until now. It’s not the message that we want to deliver. Our brand DNA is based on watchmaking tradition and mechanical art. If we go digital we’ll lose our soul and we will lose our clients.”

How are you tapping into younger clients?

“They are younger and younger. I spoke recently in front of 200 students at the American University in Dubai, between 19 and 22 years old and after the hour we spent together and the questions and answers I can tell you that some of them will buy Audemars Piguet. Our DNA, our communications strategy and the emotional energy of our brand have increasingly attracted younger clients. A few months ago in Hong Kong I met with a group of 22-24 year olds and it was great and it means a great future for the company. If our message speaks to that generation, then we are in good shape.”

How are you communicating with them?

“It’s everything. There’s several touch points for generation Z, it’s not only media or social media or advertising or ambassadors it’s a little bit of everything. And at some point those elements will have an emotional impact on making the decision of buying an Audemars Piguet.”

You recently appointed Antonio Seward as head of the US and the Americas, what are his main tasks?

“To keep developing the brand, the awareness, the unbelievable pocket of wealth that you have in the US. Many other countries in the region need to be exposed to Audemars Piguet. Basically, what I’ve said over the last five years is how we go from the bench of the watchmaker to the end consumer, and every time that we manage to bring someone new to the family that person is going to talk to his friends and bring them as well. They are becoming the ambassadors. So, Antonio’s mission obviously is to exaggerate this in the most possible way – to go from selling batches of 10 pieces to retailers to sell one by one to end consumers.”

When you were based in the US you developed a very important network of friends of the brand. Are you going to continue with this strategy or extend it worldwide?

“It really depends. Most of our ambassadors or friends wore Audemars Piguet before we dealt with them. We hear proposals every day from people that want to be part of the Audemars Piguet family. That said we have to be careful of not over doing it or under doing it. It’s a fine line, like music where you have to play the right tone. Our number one goal today it to make sure that when our clients who buy our watches see someone famous that is wearing them they feel that it fits with what the brand stands for.”