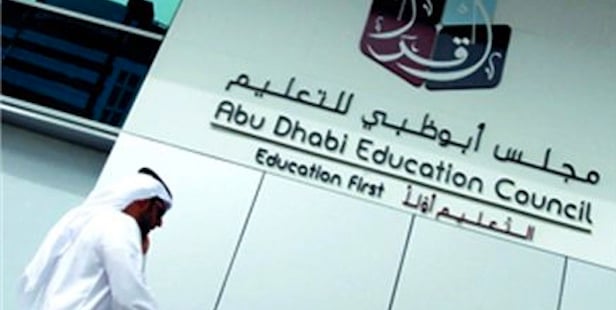 The dismissed teachers made up more than 3 per cent of Adec’s teaching staff in 255 schools.

The National reported that 272 of those teachers lost their jobs “due to changes in the school curriculum as per the New School Model.”

“They were no longer required to teach in their areas of speciality,” it said.

The other 71 teachers were dismissed due to failure to meet performance standards.

“These teachers were given ample time to improve their overall performance through teaching standard tools and evaluation tools set by Adec,” the school regulator commented.

Adec added that school leaders were clear with the teachers about their performance over the year.

The teachers were also said to be given a two-month notice of their termination.

However, Adec has not specified which grades or subjects the dismissed teachers taught, only disclosing that the teachers were not limited to those who taught in English or Arabic schools.

These dismissals come as part of a wider New School Model introduced by Adec to restructure and improve the education system in the emirate.

The aim of this new model is to standardise the curriculum with half the subjects being taught in English and an emphasis on developing the students’ “21st-century skills”.

Since its introduction in 2010, Adec has worked its way through the younger grades to overhaul the curriculum, having reached grade 9 last year.

Last week, Adec invited teachers, parents, staff and other stakeholders to take part in an online survey on its current education system and how it can improve. The public is also urged to broadcast comments or suggestions to Adec through social media using the hashtag #EducationFirst.

“Improvement is pivotal. It is extremely important to change with the times, keep up with improvements and progression. How you do it is to listen to people who work in the sector and everyone who works with Adec so that we can improve what we do.” Adec director general Dr. Ali Al Noaimi told The National.

Public schools across Abu Dhabi were asked to run workshops with their staff during the week to come up with a list of recommendations on how to address shortcomings in the education system.

Adec also plans to focus running such workshops at its private schools.