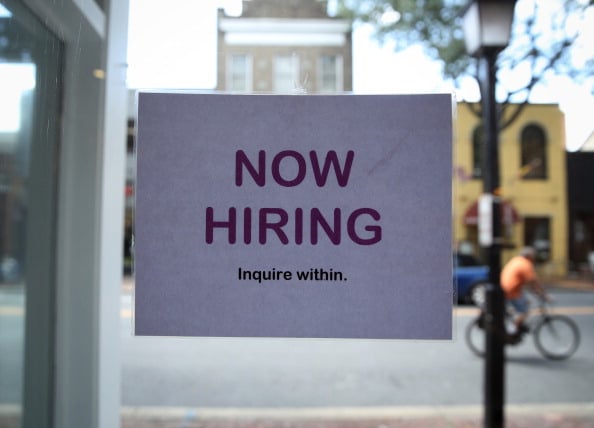 Up to 32 per cent of companies in the UAE are ‘definitely hiring’ in the next three months while 69 per cent of the firms expect to fill up to 10 positions, revealed the latest Bayt.com job index survey.

The survey also found that most jobs in the next three months will be generated by the private sector with large local companies and multinationals dominating the market.

Small and medium local companies too are expected to ramp up hiring with 27 per cent of them saying that they will definitely hire and another 30 per cent saying they might hire new employees.

“The fact that are many jobs coming from small-to-medium sized local companies is a good sign of booming local economies in the Middle East, as this signals that smaller entrepreneurial ventures are more comfortable hiring than they were in the beginning of the year,” said Suhail Masri, vice president of sales, Bayt.com.

The survey also found that while 45 per cent of MENA companies are looking to fill less than five jobs, 24 per cent are seeking to hire staff for between six to 10 new positions.

It also forecasts that hiring will be mainly for junior executives and executives followed by managers.

Employees qualified in business management had the highest demand in the job market while engineering and commerce were the second and third most sought after graduates. The ability to communicate in both Arabic and English and work as a team player with good leadership skills were desired attributes for an ideal candidate, the survey said.

“The trend continues that more companies are looking to hire junior executives and executives, which is good news for graduates and first-time employees. That there are a number of upcoming jobs in the private sector should contribute to resolving regional unemployment issues by providing new graduates with career opportunities,” said Sundip Chahal, CEO, YouGov.

The MENA’s most attractive industries are perceived to be banking and finance, construction and telecommunications.

According to the respondents, the MENA’s most attractive countries to live and work in are the UAE, followed by Qatar and Saudi Arabia.