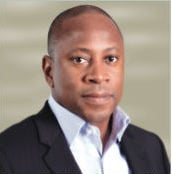 How big is the Middle east’s oil and gas industry? How quickly is it growing?

The world’s largest oil producer is the Middle East. Though Saudi Arabia continues to be the region’s largest oil producer, Iraq displays one of the biggest growth rates in production.
The oil and natural gas sector in the Middle East will require a total of $1.6 trillion of new investment over the next two and a half decades. At 3M, we truly see massive growth potential in this region. The expectation is to outpace the industry growth.

How will the discovery of shale in the us affect the regional oil and gas market?

The uprising of light tight oil in the US will play a major role in meeting global demand growth over the next decade. However, the Middle East being the only large source of low-cost oil will most certainly remain at the centre of the longer-term oil outlook, capturing most of the expected growth in global oil demand.

What are the main challenges that the industry faces?

Middle Eastern oil producers are encountering challenges of competition and of growing demand from domestic markets. Energy use in the region will grow by 77 per cent by 2035, double the increase in production according to the latest estimates from BP, which could put pressure on governments that depend on oil export revenue.

With the Middle east markets focusing on renewable energy, how will the oil and gas industry fare in the long term?

Due to having the largest oil and gas reserves in the world, one might question whether the Middle East is the right advocate for renewable energy. However, with outstanding solar and wind conditions across the region, an increasingly tight gas market and a growing recognition that hydrocarbon reserves could be put to better use other than generating electricity, renewable energy is attracting unprecedented attention in the region. The significant investment by the regional countries is a testimonial to the focus.