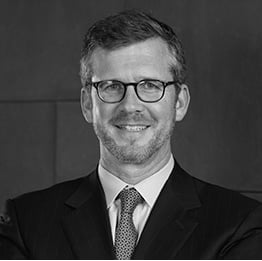 Does the UAE have an appetite for the “creative destruction” that comes with innovative businesses? Businesses that, by their nature, disrupt the established order and perhaps threaten the profitability or the existence of established market participants?

That was one of the questions raised by the announcement last October from Sheikh Mohammed bin Rashid Al Maktoum, UAE’s vice president and prime minister, that the UAE’s target is “to be among the most innovative nations in the world,” and again by the announcement from Sheikh Mansour Bin Zayed Al Nahyan, deputy prime minister of UAE and minister of Presidential Affairs, at the end of the Government Summit in February, that the UAE would launch seven educational initiatives to promote innovation.

Some of the seven initiatives announced by Sheikh Mansour, such as appointing a “CEO for Innovation” to each governmental agency, seemed designed to encourage incremental improvement in existing bureaucracies.

Other of the initiatives though, such as establishing innovation incubators and training camps for innovators, are clearly intended to foster new businesses and more dramatic change.

Both Sheikh Mohammed and Sheikh Mansour made reference to legislative reform as one prong of a multi-prong strategy to foster innovation. As a lawyer who has practiced law in California and New York before working in the UAE for seven years, and as someone who has been through the experience of starting up an innovative business, I respectfully suggest three planks of legislative reform that should form a part of the UAE’s innovation platform.

1. Make it easier to start a business. The UAE should make starting a business quick, cheap and painless. High cost and extended time frames for establishing a company serve as a barrier to entry that preserves the status quo, which stifles innovation.

In the state of Delaware in the US, a new company can be formed in one hour, at minimal cost: that is a model to emulate. Other changes relating to the legal framework for companies would also encourage venture formation.

First, the UAE should reform its Companies Law to permit, among other things, multiple classes of equity interests with different voting and economic rights, as well as stock options and warrants. These are the tools of the trade for venture capital investors in Europe and the US, and their availability will encourage the funding of small businesses in the UAE.

Second, the UAE should remove restrictions on foreign ownership. Such restrictions slow down business formation and operation, and function like a tax on foreign-born innovators who want to bring their talent and drive to the UAE.

2. Make business more predictable. One of the reasons that US companies flock to incorporate in the state of Delaware in the US is the virtuous circle created by a highly-respected judiciary deciding a high volume of cases in a consistent manner, which leads to more companies incorporating in Delaware, which further increases the use of the courts and the confidence in legal outcomes.

Ensuring that the enforcement of shareholder agreements and other contractual rights is both swift and predictable reduces uncertainty for both entrepreneurs and investors.

This is particularly important for startups, which do not have the network of relationships, or the power and influence, of large and established businesses. Entrepreneurs will be encouraged to put their resources – their innovative ideas, time and money – into new ventures when they have confidence in the strength of their contractual rights.

Investors want the same thing, and they also want to know that the shareholder rights that they bargain for are secure.

To facilitate this, the UAE should invest in developing world-class commercial courts, where judges are highly trained and also experienced in complex commercial matters, and where judgments are both timely and predictable.

3. Make it easier for innovators to fail. The development of any new business – and especially any innovative, market-disrupting business – is a high-risk undertaking.

Most new businesses fail. When it comes to innovation, failure is a necessary corollary of success. For the UAE to encourage innovation and foster success it must also allow for failure and the price of failure must be as low as possible.

Some ways to accomplish this include (i) decriminalising unpaid debt, (ii) creating a system for registering security interests in property, in order to decrease reliance on personal guarantees, and (iii) creating a modern system for bankruptcies, in which debts can be discharged.

Of course, dissolving a failed company should also be made as painless as possible.

In many ways the UAE is already extremely well-positioned to be a center for innovative and disruptive businesses. It is a safe and attractive place to live. It draws young, talented and ambitious people from all over the world. It has a high concentration of highly-educated investors, bankers, lawyers, accountants and other professionals to fund, assist and advise on the creation and growth of new businesses. It has first-rate infrastructure, including transportation infrastructure. And the UAE rulers are devoting thoughtful attention to building on these advantages.

New and innovative businesses will flourish given the right enabling environment. Enacting critical legislative changes now will increase the UAE’s chances of achieving its goal of becoming one of the world’s most innovative countries in five years.