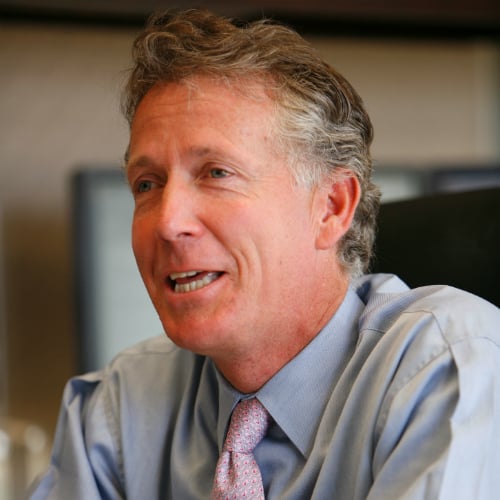 As we look ahead into 2014, we are optimistic that we could finally see better economic growth in the US. Since 2009, when the US emerged from the Great Recession, we have seen a fairly consistent pattern of subpar growth up to and including 2013. During 2013, however, the US economy faced significant headwinds from a variety of sources, such as higher taxes and diminished government spending levels. In evaluating the prospects for the US economy in 2014, we think that the diminished impact from fiscal drag leads us to a modestly more constructive outlook.

Internationally, we think prospects for developed markets relative to their emerging-market counterparts are looking better for the first time in a long time. In particular, we think several countries in the core Eurozone have the potential for modestly improved growth. In addition, we are reasonably constructive on the Japanese economy based on the supportive aggregate impact of the country’s monetary and fiscal policy regimes.

In contrast, while we believe there are still a number of emerging economies with decent opportunities, we think it will be critical to discriminate from country to country. While certain nations, such as South Korea, Poland and Malaysia, have maintained fiscal discipline, face positive growth prospects and appear poised to potentially do well in 2014, in our view, others are facing weaker growth amid limited policy options.

In this environment, we think a number of fixed income sectors hold appeal. For example, the corporate credit sector may continue to benefit from solid underlying fundamentals, such as healthy balance sheets, ample liquidity and reasonable earnings prospects. Consequently, we are constructive on market sectors such as investment-grade securities, high-yield bonds and floating-rate bank loans.

In our view, the global fixed income market also holds opportunities for investors, although we do not think it will be as easy as investing in the broad emerging-market category. However, we think it could prove beneficial to have selective exposure to countries where, despite better fundamental fiscal conditions and growth prospects, yields are higher than in the United States. As a result of the supportive fiscal situations in those countries, investors may also be exposed to the potential for currency appreciation.

Overall, we think the US municipal bond sector has sold off indiscriminately in recent months, driven by a few high-profile situations, notably those in Puerto Rico and Detroit. In contrast, we believe that many state and local governments have made solid progress in achieving fiscal sustainability and that the situation overall has continued to improve. As a result, we believe there are attractive opportunities in that sector.

Fundamentally, we are constructive on the broad fixed income asset class. Given year-end market valuations following some of the negative media coverage and the subsequent indiscriminate selloffs in the asset class, we think the fixed income sector may represent some value potential in 2014.

WHAT ARE THE RISKS?

All investments involve risks, including possible loss of principal. Generally, those offering the potential for higher returns are accompanied by a higher degree of risk.

Investments in emerging markets, of which frontier markets are a subset, involve heightened risks related to the same factors, in addition to those associated with their relatively small size, lesser liquidity and lack of established legal, political, business and social frameworks to support securities markets. Because these frameworks are typically even less developed in frontier markets, as well as various factors including the increased potential for extreme price volatility, illiquidity, trade barriers and exchange controls, the risks associated with emerging markets are magnified in frontier markets.

The financial instability of some countries in the EU, together with the risk of that impacting other more stable countries, may increase the volatility and risk of investing in companies in Europe. Value securities may not increase in price as anticipated or may decline further in value. Smaller-company stocks have historically had more price volatility than large-company stocks, particularly over the short term. Bond prices generally move in the opposite direction of interest rates. Thus, as prices of bonds in an investment portfolio adjust to a rise in interest rates, the value of the portfolio may decline.

Changes in the financial strength of a bond issuer or in a bond’s credit rating may affect its value. Lower-rated bonds and distressed debt entail higher credit risk. Mergers, reorganisations, liquidations and other special events involve special risks as pending deals may not be completed on time or on favorable terms. Short sales of securities involve the risk that losses may exceed the original amount invested. Investing in the natural resources sector involves special risks, including increased susceptibility to adverse economic and regulatory developments affecting the sector—the prices of such securities can be volatile, particularly over the short term. Real estate securities involve special risks, such as declines in the value of real estate and increased susceptibility to adverse economic or regulatory developments affecting the sector.

Investments in REITs involve additional risks; since REITs typically are invested in a limited number of projects or in a particular market segment, they are more susceptible to adverse developments affecting a single project or market segment than more broadly diversified investments. Diversification does not guarantee a profit or protect against a loss.