10 Reasons Why Dubai Is Back | UAE News 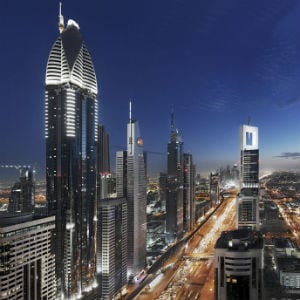 Dubai’s economy was catapulted on a roller coaster rise to the top before it crashed during the financial crisis in 2008/2009.

But judging by recent economic indicators, business is slowly returning to the emirate.

“Government infrastructure and mega projects have increased this year but it hasn’t come back to what it used to be,” Abdul Aziz Al Ghurair, CEO of Mashreq, told Gulf Business.

“We are all benchmarked against that time before 2008, those glorious three years, but we won’t have that back in the near future.

“But the worst is behind us; we are on the path of recovery,” he said.

Here are ten pointers that prove that the city is gradually getting back on track.

Dubai’s tourism industry is on a roll. Hotels recorded a 24 per cent rise in revenues and a nine per cent increase in guest numbers during the first quarter of the year, according to Dubai’s Department of Tourism and Commerce Marketing.

Hotels also saw a 22 per cent jump in guest nights and a 12 per cent rise in the average length of stay during the first three months of the year.

The emirate’s Land Department recently announced that residential unit transactions during the first quarter of 2012 totalled Dhs3.1 billion, a nine per cent increase compared to the previous quarter. The total number of transactions also rose five per cent to 2,745 in Q1 2012, it said.

Although government-related entities (GREs) in the emirate continue to face massive debts, they have started repaying the amounts on time.

Sheikh Ahmed bin Saeed Al Maktoum, chairman of Dubai’s Supreme Fiscal Committee also confirmed earlier this year that Dubai’s GREs would not restructure the debts due in 2012. He said that the government would support its companies through “various options.”

Dubai Financial Market Company (DFM) recently reported that its net profit reached Dhs30.5 million during the first quarter of the year, a 14-fold increase from the Dhs2.2 million the firm posted during the same period last year.

The results reflected the positive performance posted by DFM listed companies, it said.

Dubai is the second most attractive city in the world for international retailers, according to a recent survey conducted by property adviser CBRE.

In line with that, Dubai’s Mall of the Emirates recently announced that it will open 20 new stores and dining outlets this year, and Emaar Properties also revealed that The Dubai Mall will add more than one million square foot to its existing 12 million square feet area.

Additions will include new hotel rooms and entertainment and lifestyle choices, it said.

The number of professionals employed in Dubai is expected to increase four per cent this year, while payroll figures will probably beat inflation at around six to seven per cent, according to Toby Simpson, managing director of The Gulf Recruitment Group.

“Although the global outlook still remains sluggish, Dubai employment activity is showing some signs of life,” he said.

“This is likely due to its hub status in the region as a whole benefitting its service sectors, the development of a burgeoning SME sector and confidence returning to the market post restructuring,” he added.

Dubai’s foreign trade reached a record Dhs1.1 trillion ($299 billion) in 2011, up 22 per cent from the previous year, according to the customs authority.

Also, in an extravagant move similar to pre-crisis days, Dubai’s Drydocks World recently signed a deal with a Swiss firm to develop undersea hotels in the emirate.

No statistics on this one, but office-goers on Dubai’s roads have certainly started complaining about the nightmarish traffic and the long jams. Now that’s a strong reminder of the pre-crisis 2007/2008 days when traffic issues were a source of everyday gripe and conversation.

Apart from the major factors, anecdotal evidence also suggests that Dubai is building up steam again.

According to Shahida, a driving instructor at one of Dubai’s main driving institutes, the number of residents seeking a driving licence has risen in the recent past.

“During the crisis we used to wait for students, but now all our slots are full and we even have a waiting list for new registrations,” she said.