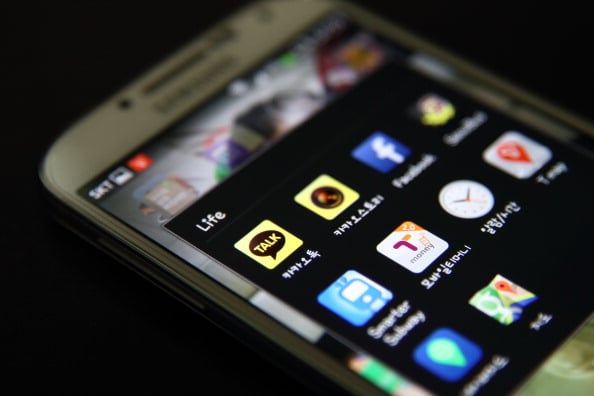 Anders Lindblad, president of Ericsson Region Middle East, told Gulf Business what consumer trends are likely to be in demand this year.

“The common trend we see is the evolution to the Networked Society, where connectivity will lead to new ways of innovating, collaborating and socialising,” Lindblad said.

“People, things, interactivity and great ideas will come together to create a revolution in the way we live.

“For the Middle East to reach the Networked Society, people need to be connected anytime, anywhere, on any device.”

Here, Lindblad gives 10 hot consumer trends for 2014, as according to a study by Ericsson ConsumerLab.

1. Apps change society
The fast global uptake of smartphones has completely changed the way we communicate and use the internet.

Now we enter a new phase of rapidly-diversifying smartphone use – and people are looking for apps across all sectors of society.

This includes everything from shopping and daycare to communication with authorities, and transportation. Apps are becoming more important than what phone you use.

2. Your body is the new password
Sites are demanding longer passwords with a mixture of numbers, letters and symbols – almost impossible to remember.

This is leading to growing interest in biometric alternatives. For example, our research found that 52 per cent of smartphone users want to use their fingerprints instead of passwords and 48 per cent are interested in using eye-recognition to unlock their screen.

A total of 74 per cent believe that biometric smartphones will become mainstream during 2014.

3. The quantified self
Blood pressure, pulse and steps are just some examples of how we want to measure ourselves with mobile devices, using personally-generated data.

You only need to start an app to track your activities and get to know yourself better. A total of 40 per cent of smartphone users want their phone to log all of their physical activities and 56 per cent would like to monitor their blood pressure and pulse using a ring.

4. Internet expected everywhere
Internet experience has been falling behind voice; smartphone users are realizing that the signal bars on their phone no longer provide reliable guidance, since a signal that is adequate for a voice call may not be good enough for internet services. Our research found that the lowest satisfaction is with the internet quality experienced on the subway.

The advent of cheaper smartphones means that consumers no longer need costly computing devices to access internet services. A total of 51 per cent of consumers globally feel that their mobile phone is the most important piece of technology

6. Online benefits outweigh concerns
As the internet becomes an integrated part of our daily lives, the risks associated with being connected are becoming more apparent.

56 per cent of daily internet users are concerned about privacy issues. However, only four per cent say that they would actually use the internet less. Instead, consumers apply strategies to minimize risk such as being more cautious about the type of personal information they provide.

7. Video on command
Despite having greater media choice, we seem less prone to choose what we watch ourselves. In fact, our friends are particularly influential when it comes to viewing video material.

We found that 38 per cent of respondents say they watch video clips recommended by their friends at least several times weekly. Our friends have almost as much impact on our blog-reading and music-listening habits too.

8. Making my data visible
A total of 48 per cent of consumers use apps to better understand their data consumption. While 41 per cent just want to know how much data they use, 33 per cent want to make sure they are billed correctly and 31 per cent don’t want to exceed their operator’s data cap.

Research also revealed that 37 per cent of smartphone owners regularly use apps to test their connection speed.

9. Sensors in everyday places
As interactive internet services are now commonplace, consumers are increasingly expecting our physical surroundings to be equally responsive.

By the end of 2016, around 60 per cent of smartphone owners believe that sensors will be used in everything from healthcare and public transport, to cars, homes and our places of work.

10. Play, pause, resume elsewhere
As 19 per cent of total streamed time is spent on phones or tablets, consumers are increasingly shifting the locations where they watch TV to suit their daily lives.

For example they might start viewing content at home, pause it, and resume watching during their commute to work. When changing places, it can also make sense to switch device.