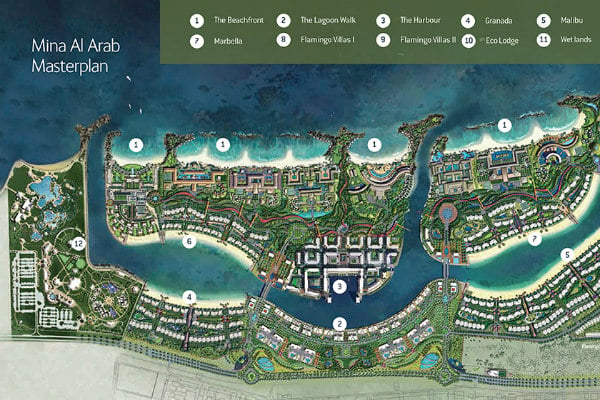 InterContinental Hotels Group (IHG) and RAK Properties have announced the recommencement of work on the Mina Al Arab Resort in Ras Al Khaimah.

The property was originally announced in June 2008 and was due to open in 2010, according to reports at the time.

However, it was held back by the financial crisis and the UAE’s property market crash, which saw construction of parts of the Mina Al Arab project halted in 2009.

RAK said the emirate saw a 10 per cent increase in visitor numbers from 2015 to 2016 “making this the ideal time to recommence the development”.

The property, which aims to open in 2019, will offer 350 rooms in what is described as IHG’s second mult-feature resort in the UAE.

Facilities will include a gym, health club and spa, two pools, retail outlets and a number of restaurants.

Mohamed Sultan Al Qadi, managing director and CEO of RAK Properties, said the groundbreaking of the project would be announced shortly.

“The upbeat hub of the development, and the newly signed partnership with InterContinental Hotels Group will continue to set the bar, by providing an array of five-star facilities and entertainment outlets, allowing for residents and visitors to enjoy the best of what Ras Al Khaimah has to offer,” he said.

The Dhs10bn project was originally intended to include a theme park and other attractions.

IHG has 25 properties in the Middle East with nine to open within the next three to five years.