Back in 2015, when Baselworld was in rude health and Watches and Wonders was still called the Salon International de la Haute Horlogerie, Ahmed Seddiqi & Sons decided to organise its first watch exhibition called the Dubai Watch Week (DWW).

But completely incongruous with its position as one of the region’s foremost watch and jewellery retailers, it decided to structure the new exhibition as a completely non-commercial event where selling was strictly off the table. Instead, DWW would serve as a staging ground to to educate the interested about the craft and intricacies behind watchmaking. The inaugural edition, titled “Rebels of Horology”, did just that and featured only independent brands such as Bovet, H. Moser & Cie, Laurent Ferrier and De Bethune.

Six years and a pandemic later, Seddiqi is gearing up to hold the fifth edition of DWW this month from November 24-28 at the Dubai International Financial Centre. It’s set to be the biggest edition yet, with over 45 participating watch brands having already confirmed their presence. “We are very lucky to have Rolex come back again,” says Hind Seddiqi, director general of Dubai Watch Week. Rolex, for which Seddiqi & Sons has been a retailer for the better part of seven decades, decided to exhibit at the 2019 edition of DWW. It marked the very first time in the history of the watchmaker that it chose to exhibit outside of Baselworld – further proof that DWW had quickly come of age.

“We also have Audemars Piguet coming back with a bigger booth. We have Hublot who will be outside the Grand Exhibition, and we have Tudor and Chopard again as well,” adds Hind. With many of the brands using the event to showcase the world premieres of their pieces (there have been 33 watches launched at the event since 2015, including seven at the previous edition), Chopard chose DWW 2019 to unveil its seminal Alpine Eagle collection. 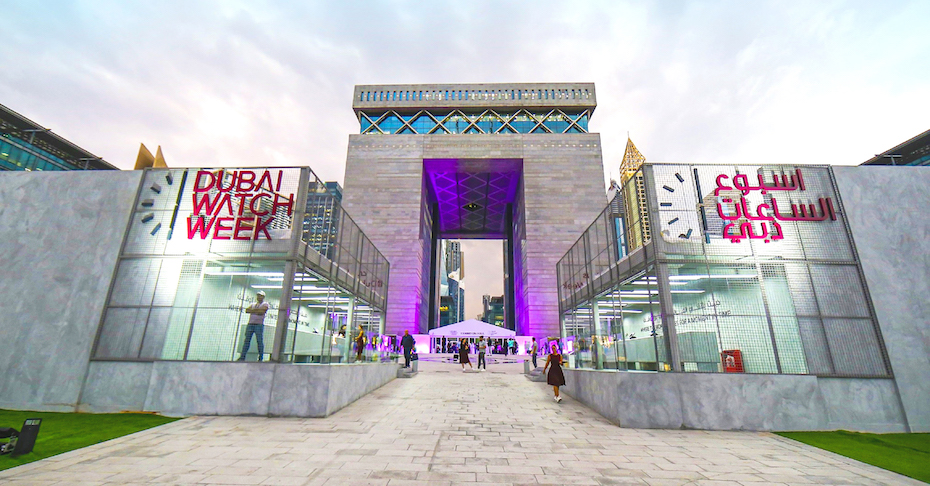 Among the other heavyweights who will be present this year are Montblanc, Bvlgari, TAG Heuer and Girard-Perregaux. But the event, as has been the case since its inception, will always tilt to favour independent watch brands, especially those which struggle to find the spotlight at other fairs. This year’s under-the-radar independents to keep an eye out for include Ludovic Ballouard, Montres KF, Singer Reimagined and Schwarz Etienne, among others. “We’ve made it a mandate with Dubai Watch Week to give a few booths out for free to independent brands. We do not charge them anything, we just ask them to come because we want them to be showcased. We give them smaller booths because they don’t have a wide collection. We also make sure we highlight them in the Horology Forum and let people listen to them and get to know them and what they do,” says Hind.

The Horology Forums involve a series of panel discussions where guest speakers are invited to interact with each other and the audience in a host of freewheeling debates on varied topics. This year’s topics range from ‘Alignment of online personas with actual identities’ to ‘NFTs and cryptocurrencies in luxury’. Interestingly, the Seddiqis don’t just invite those from the watch industry to be part of the panel, but cast a wider net to broaden the event’s creative horizon. “We don’t only focus on people from the watch industry but [invite people from] the art, automotive and [other] industries. Sometimes, there is a solution for a problem that our industry has that the fashion or the motor industry has already solved,” notes Hind.

While the entire list of guest speakers hasn’t yet been announced, Hind notes that Audemars Piguet CEO François-Henry Bennahmias and Breitling CEO Georges Kern will be among the speakers at this year’s event.

Located at The Gate in DIFC, the exhibition is spread across 70,000 sqm and is an event whose setup requires around 40 days to build. Over 20,000 visitors have attended the previous four editions, with around 9,000 in 2019 alone. 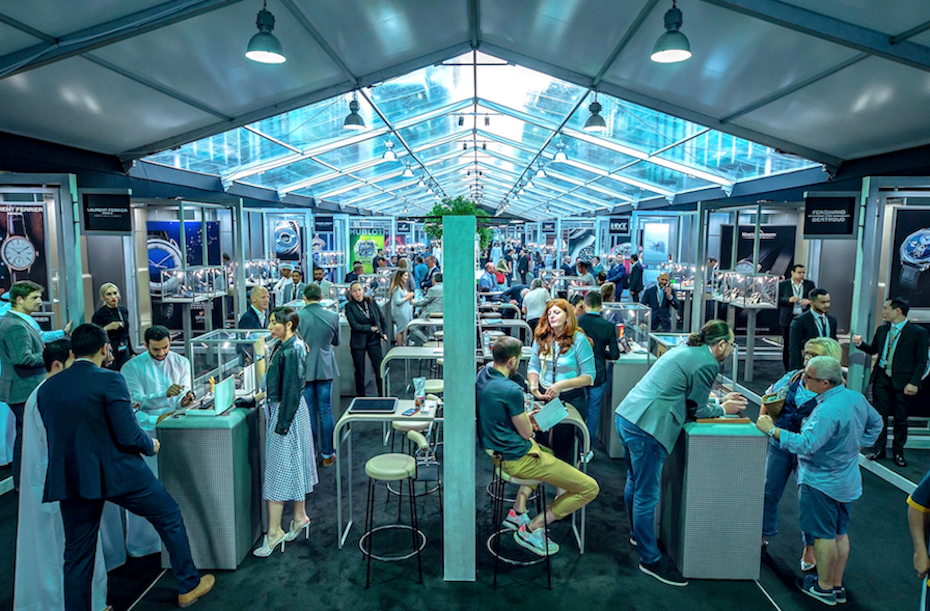 Returning to DWW this year are familiar activations including the masterclasses and hands-on workshops which attendees can participate in for free. For the first time, however, DWW will be introducing a Collector’s Lounge. It will serve as a dedicated space for watch connoisseurs to congregate and interact with their peers and also representatives of the brands. The lounge will also be where Ahmed Seddiqi & Sons will display its around 35 limited-edition watch and jewellery creations which were specifically created to celebrate the 50th anniversary of the UAE. Alongside, it will feature pieces from Buben & Zorweg, Miki Eleta and MB&F, as well as the winning watches from the Grand Prix d’Horlogerie de Genève.

Hind is clear that the team hasn’t built DWW to rival Baselworld or Watches and Wonders, but instead to complement them. “We’ve been dubbed as the disruptors, which is something we never wanted to do when it comes to watch exhibitions. My father and my uncle had been going to Baselworld for over 40 years. We do not want to see it diminish, we want to see it flourish. And we’ve even suggested collaborating with these big exhibitions because they are a legacy. We’ve had conversations with Michel Loris-Melikoff (the director of Baselworld) who was in a panel discussion with us in 2019. We’ve partnered with the FHH that runs Watches and Wonders, and they’ve exhibited several times with us.

“Now there’s a difference between how we run things and how the other big exhibitions run things. We are privately owned and privately fund what we do. So, making decisions is way easier for us [compared to] these big entities. And the point is, imitation is not going to help anyone so duplicating or replicating things that are happening in each other’s exhibitions is not going to help anyone because our target audiences are different, our strategies are different,” says Hind.

DWW has found its strategy, captured its audience and cannot be faulted as an exhibition that imitates any other. All it needs to do now? Keep going.