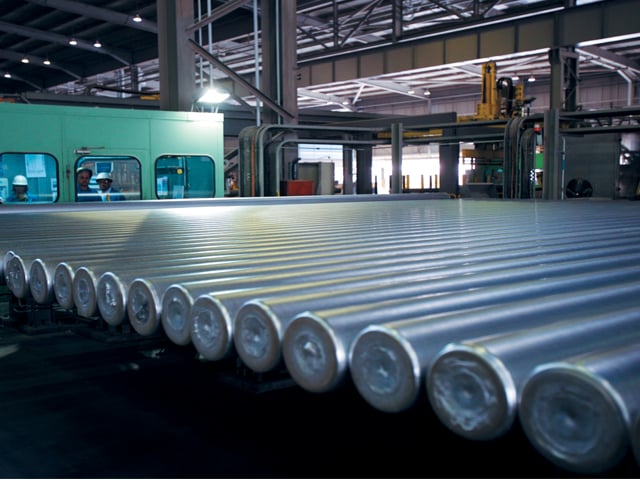 “The IPO (initial public offering) is delayed to 2019 due to market conditions,” one of the sources said.

EGA, which produces 2.6 million tonnes of cast metal a year and is the third-largest producer of primary aluminium outside China, announced plans to float last year.

But aluminium prices have been volatile since Washington, in response to what it called “malign activities” by Russia, imposed sanctions on Rusal and shareholder Oleg Deripaska. Benchmark prices on the London Metal Exchange surged to their highest in seven years.

They dropped back by around 9 per cent when the US Treasury Department said Rusal’s American customers would have more time to comply with the sanctions. The US Treasury also said it would consider lifting them if Russian tycoon Oleg Deripaska ceded control of the company.

In April, just after the sanctions on several Russian entities took hold, EGA’s chief executive said the company was on track for a listing in the second half of 2018.

“We maintain what we’ve said earlier that it will be 2018, subject to market conditions and we continue to monitor the markets,” an EGA spokesman said on Thursday.

EGA’s IPO would be the second major listing by a state company in the United Arab Emirates since Abu Dhabi National Oil Co. (ADNOC) listed shares in its retail petrol station business in 2017.

The sources said no final decision had been taken on whether the listing would take place in Abu Dhabi or Dubai, while a secondary listing in London was still a possibility. About 10 to 15 per cent of the company is likely to be floated, they said.

Sources had previously said that Bank of America Merrill Lynch, Goldman Sachs and JP Morgan had been hired to run the IPO.

EGA, owned by Mubadala and Investment Corp of Dubai, was created in 2013 when state-owned companies Dubai Aluminium and Abu Dhabi’s Emirates Aluminium merged. Its enterprise value was put at $15bn at the time.

In February, EGA reported a 59 per cent rise in 2017 profit to Dhs3.3bn ($900m) on stronger aluminium prices and record production levels.