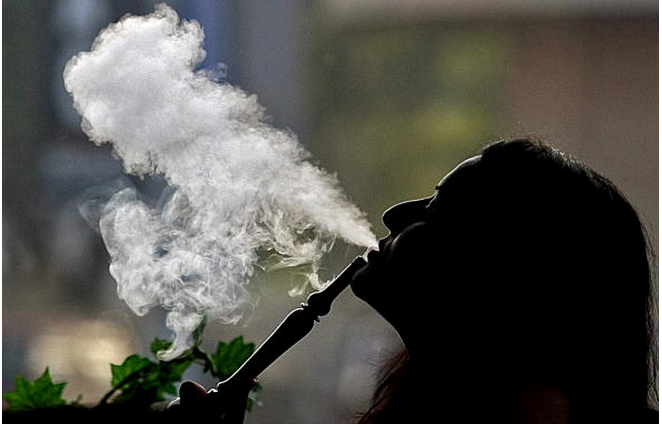 Respiratory infections in the United Arab Emirates account for around 3 per cent of all deaths in the country each year. Non-life threatening cases are the second most common medical condition in the region, affecting around one-fifth of residents.

What’s more, these figures are not even close to peaking, with medical experts and researchers predicting a 70 per cent increase in respiratory conditions in the Middle East and North Africa region over the next 25 years.

The problem is so bad that over half of children and one-fifth of adults have been absent from school or work due to a respiratory complaint within the last year. As well as the obvious health issues, there is a financial one to contend with, not just in medical bills and insurance costs, but also with respect to absenteeism and presenteeism in the workplace.

So what’s behind the high rates of respiratory conditions in the UAE, how is it affecting employers, and most importantly, what can be done about it?

The factors at play

The main respiratory condition in the UAE is asthma, which affects over 15 per cent of the population – and accounts for just under a third of all respiratory illness cases. As for why this condition is particularly prevalent in the UAE, it would appear that there are several factors at play.

To start with, cases of respiratory illnesses tend to spike at certain times of the year due to climate changes. When conditions are considerably dusty throughout the emirates (and we are not just talking about the obvious sandstorms), cases of asthma rise by as much as 20 per due to particles and viruses spreading about which can trigger allergies and aggravate the respiratory system.

The extent of this particular problem is revealed by the following statistic: Those of us living in the UAE spend on average 90 per cent of our time indoors, with those air conditioning units humming away most of the year.

When it comes to the more serious respiratory illnesses – the likes of emphysema, chronic bronchitis and chronic lung disease – there is another self-inflicting factor at play here, this time in the form of smoking. Around 20 per cent of the entire UAE population are smokers, while 40 per cent of schoolchildren admit to smoking regularly. Perhaps most shocking of all, a quarter of Emirati smokers say they had their first cigarette by the age of 10.

There are no doubt other factors at play here, but the above are some of the main contributors to the respiratory issues we are facing in the UAE and the broader region. To get an idea of the impact beyond health alone, let’s now explore the financial burden of the problem, by looking at some well documented stats from some of the world’s main regions.

Counting the cost of the problem

One of the most comprehensive studies of the cost of respiratory illness – specifically asthma – took place in the US. Published by the US National Library of Medicine National Institutes of Health (UNLMNIH), the results showed that the medical costs of asthmatic patients were up to two-and-a-half times that of an employee without the illness, with up to 40 per cent of those costs due to absenteeism.

Figures on the impact of presenteeism as a result of respiratory conditions is harder to come by, but a recent study, also by UNLMNIH, put the total cost of presenteeism in the States at around $150bn per year – with asthma in particular contributing its fair share.

We can get a bit more specific by looking at yet another study by UNLMNIH, which presented the results of a 2014 sample out of British Columbia, Canada. The findings showed that out of 300 employed adults, a person with uncontrolled asthma would avoid CAD$184 in productivity loss over the course of a week by achieving clinical control, with 91 per cent of those savings coming from improvements in presenteeism.

In the European Union, the greatest economic burden of respiratory diseases on health services and lost production is due to chronic obstructive pulmonary disease and asthma, measured several years back at about €20bn annually each for healthcare, and €25bn and €15bn respectively for lost production.

Here in the UAE, we see something rather unique, which is that of the total costs of treating asthma specifically, 81 per cent are due to hospital visits. What this suggests is that the illness is not being optimally controlled in the country.

What can we do about it?

If about one-fifth of your staff are smokers, and 100 per cent spend most of their time indoors with their lungs being fed the very unclean air on account of those air conditioning units, no doubt we have an issue that needs to be addressed at the corporate level as well.

Aside from keeping a close eye on the findings of those air conditioning inspections and pressuring building management on the issue where needed, the biggest tool at an employer’s disposal is a comprehensive wellness programme.

You can of course initiate programmes to encourage employees to kick out bad habits such as smoking, and where successful you may see big savings. According to research by Ohio State University, an employee who smokes can bring a cost to their employer of anywhere between $2,885 and $10,125 as a direct result of the habit.

Also worth consideration are respiratory-related health screenings. One of the major issues with these types of illnesses is that many sufferers are not diagnosed early enough, leading to higher treatment costs when they are eventually forced to do something about the issue.

To get a picture of the potential benefits of screening, we can look at a recent study out of the United Kingdom, which saw 600 individuals tested at random for respiratory conditions. Almost 23 per cent were referred to a physician for further assessment and possible treatment. In other words, 138 of the 600 were unknowingly living with a condition that possibly required immediate treatment to avoid further complications – and costs – down the road.

Respiratory health issues represent one problem among many in the UAE, but clearly it is near the top of the list. As I stress often throughout my articles, companies are not helpless when it comes to solving the problem of poor societal health and the many costs that come with it, but most are acting helpless – or they are simply not doing anything about it.

Yet it is all too clear what first steps should be, and we would do well to remember that investment at the corporate level to address the main health issues of our day is the only way we are going to reverse the rising cost trend.