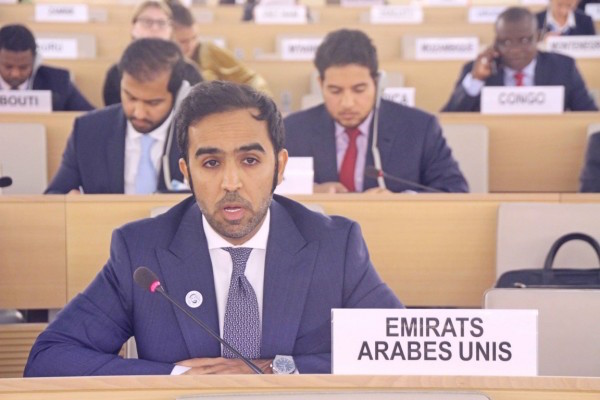 The UAE has refuted Qatar’s allegations that it violated the International Convention on the Elimination of All Forms of Discrimination (ICERD), official news agency WAM reported.

Qatar brought up the issue as part of the general debate of the ninth article of the 30th Human Rights Council Session agenda.

In response, the UAE issued a statement on behalf of the four countries (Saudi Arabia, UAE, Bahrain and Egypt) that cut all ties with Qatar, stating that Doha “should not use the Council to politicise issues”.

“Qatar was the origin of the crisis. The UAE denies any violation of the International Convention on the Elimination of All Forms of Discrimination. There had been no definitive verdict as of yet at the International Court of Justice, but the United Arab Emirates followed the case with great interest and would assess their decision to establish the falseness of the claims therein,” said the statement delivered by Mohamed Saleh Al Shamsi, Second Secretary of the UAE Permanent Mission to the UN.

The UAE, Saudi Arabia, Bahrain and Egypt imposed a boycott on Qatar in June 2017, accusing it of supporting terrorism.

Earlier this year, Qatar approached the International Court of Justice, claiming that the boycott was having “a devastating impact on Qataris and their families” as thousands were unable to visit family members in the UAE.

However, the UAE said on Tuesday that the International Court of Justice has only responded to three of the 11 of the ” “provisional measures” filed by Qatar and that the UAE is already committed to the three measures contained in the court’s decision.

#UAE asserts that from a procedural point of view, the International Court of Justice #ICJ has not yet considered the merits of the case and has not yet decided on the issue its jurisdiction over the case (4)

The three procedures relate to families, students and adjudication.

“The UAE is following this case with great interest and will cooperate with the International Court of Justice by providing all the evidence required to refute Qatar’s claims,” the UAE’s UN mission said on Twitter.