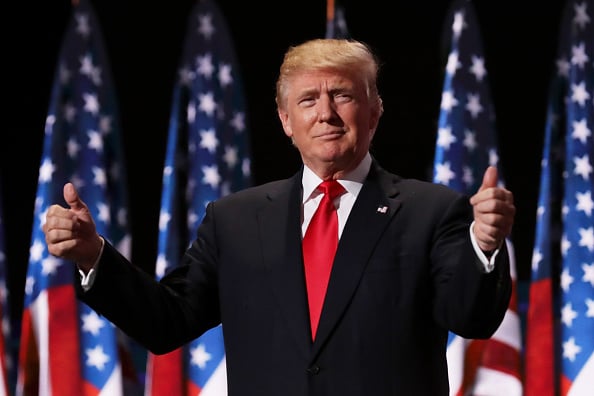 Republican candidate Donald Trump has been elected the new President of the United States after beating Democrat Hillary Clinton in key states.

The controversial US businessman, who famously declared plans for a ban on Muslims entering the country during his candidacy for the Republican Party, won in the battleground states of Florida, Ohio, Pennsylvania and Wisconsin taking him over the 270 electoral college votes needed to win.

Delivering his victory speech at his New York headquarters, Trump confirmed that Clinton had phoned him to concede and he thanked her for her hard work.

He also called for unity across party lines.

“Now its time for America to bind the wounds of division,” he said. “To all republicans, democrats, independents across the nation I say it is time for us to come together as one united people.

“Ours was not a campaign but rather an incredible and great movement made up of millions of hardworking men and women who love their country and want a better future for themselves and their family. 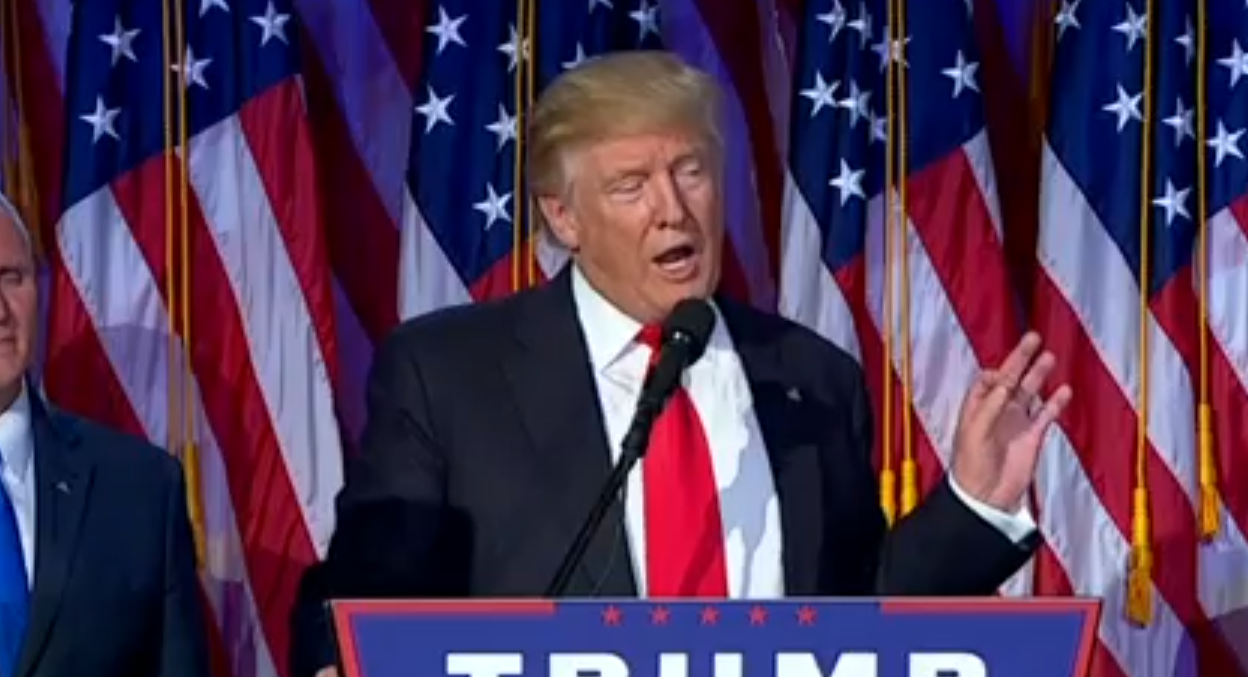 “Working together we will begin the urgent task of rebuilding our nation and renewing the American dream.”

He referenced plans to rebuild the country’s infrastructure and “put millions of people to work as we rebuild”.

“We will embark upon a project of national growth and renewal and we will call upon the best and brightest to leverage their tremendous talent to the benefit of all,” he said.

“We will double our growth and have the strongest economy in the world.”

News of momentum moving in Trump’s favour prompted volatility in financial markets with the Mexican peso – deemed a reflection of Trump’s fortunes – initially falling 12 per cent in its most significant devaluation since a crisis in 1994-1995.

Sharp falls hit Gulf markets at opening with with Dubai down 2.7 per cent and Saudi Arabia 2.7 per cent in early trading.

“This is the exact same thing that happened during the EU referendum vote, when investors sided substantially towards pricing in a remain outcome and they were left in complete shock earlier in trading as a result of Donald Trump gaining momentum,” said FXTM vice president of market research, Jameel Ahmad.

Many US polls in the build-up to the election had placed Hilary Clinton several percentage points ahead of her rival.

However, there was speculation that Trump supporters were not well represented or simply unwilling to openly declare their support for the candidate as seen in the United Kingdom’s recent referendum vote to leave the European Union.

During his victory speech he said: “the forgotten men and women of our country will be forgotten no longer”, in a direct reference to Americans that felt forgotten or neglected by the current system and formed a key part of his voting base.

The narrative on election night differed significantly to recent months, where much of the focus has been on fault lines within the Republican Party as several senior officials either refused to back or openly criticised Trump.

Instead the result appeared satisfactory for the party, which held on to its majorities in the House of Representatives and the US Senate.

A survey of Middle East and North Africa citizens conducted by YouGov and Saudi publication Arab News earlier this month suggested broader support for Clinton in the region.

Of the 3,017 polled 44 per cent said they would vote for the former first lady and 78 per cent said she would be better for the Arab world.

However, when questioned about his policies without the candidate being named, 90 per cent said they did not mind extra border restrictions if they felt their country’s security was under threat from a certain nationality or group.

Read: Survey indicates Arab support for Clinton but agreement with Trump on some issues

In a brief section of his speech on foreign policy, Trump said he would always put America’s interests first, but “deal fairly” with everyone.

“We will seek common ground not hostility, partnership not conflict,” he said.

“A Trump administration is likely to be better for the traditional energy sector, and less damaging to the healthcare and financial sectors, than a Clinton Presidency,” he said.

“United government may also remove the partisan obstacles to meaningful infrastructure spending and corporate tax reform, particularly the issue of profit repatriation—although it’s useful to remember that Trump is far from popular among many traditional Republicans.”