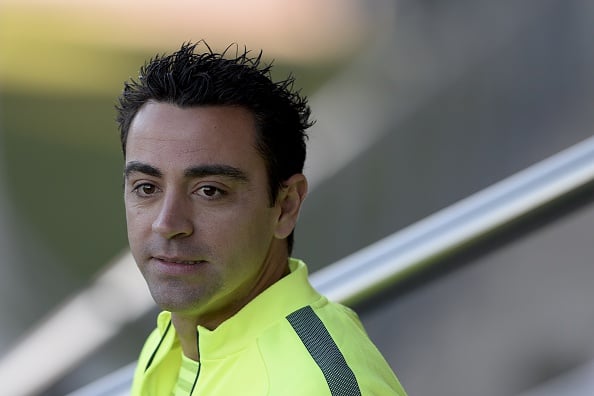 Barcelona midfielder and former Spain international Xavi is close to agreeing a deal to join Al Sadd, the Qatari side said on Saturday.

The 35-year-old has played for Barca a record 751 times since he graduated from the academy to the first team in 1998 but has had limited playing time this season under coach Luis Enrique.

“Al Sadd Sports Club confirms that the latest news about bringing the Spanish star Xavi Hernandez to the club is still under negotiation,” Al Sadd said on their website (www.al-saddclub.com).

“The Spanish player is currently in Doha with his family to know more about the country where he will live in the near future,” the club added.

“The club assures it will announce the news immediately through both local and regional media once the player has signed officially.”

Spanish media reported this week that Xavi was poised to sign a three-year deal with Al Sadd worth 10 million euros ($10.9 million) a season with an option for a further season.

One of the most decorated footballers of all time, Xavi represented Spain 133 times, a record for an outfield player and only bettered by goalkeeper and captain Iker Casillas.

After making his debut in a friendly against Netherlands in November 2000, he was a key figure in La Roja’s glittering run when they won the 2008 and 2012 European Championships and the 2010 World Cup.

Xavi has won three Champions League crowns, seven La Liga titles and a host of other trophies with Barca.