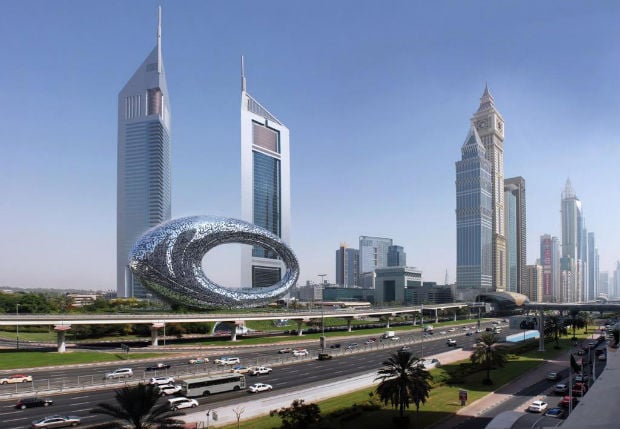 The museum, which was also showcased during the Government Summit in February, will produce futuristic inventions and support the UAE’s goals to be the most innovative country in the world.

The museum will be located next to Emirates Towers and will formally open in 2017, WAM added.

Major sections of the museum will be built using 3D printing construction techniques and other bespoke technology.

Visitors to the museum will be able to experience the future through simulations and interactive demonstrations, the official news agency said. In addition to featuring innovations, it will also encourage formulating solutions to the challenges of future cities.

The project will also bring together researchers, designers, inventors and financiers under a single roof and will empower them to test, fund and market their ideas for futuristic prototypes and services.

The museum will also have a group of innovative labs focusing on health, education, smart cities, energy and transport in addition to a permanent section on future innovations in all fields.

“It will provide a platform to demonstrate and test the latest inventions from world-leading tech giants and up-and-coming start-ups, as well as collaborations between companies and leading research institutes and universities,” WAM reported.

“The future belongs to those who can imagine it, design it, and execute it,” said Sheikh Mohammed.

“Here in the UAE we think differently. While others try to predict the future, we create it.”

Aside from the Dubai ruler, the museum’s board of trustees will consist of a number of other high profile figures including UAE Minister of Cabinet Affairs Mohammed Al Gergawi.

The museum will also benefit from large endowments that will ensure its smooth running, WAM said.

The UAE has been introducing a number of initiatives to meet its national innovation strategy that was launched in October last year.

Recently, the Gulf country also introduced a new job post of Chief Innovation Officer in all government departments in an effort to meet its goals of being the most innovative country in the next seven to eight years.

Video: Conceptualisation of the Museum of the Future