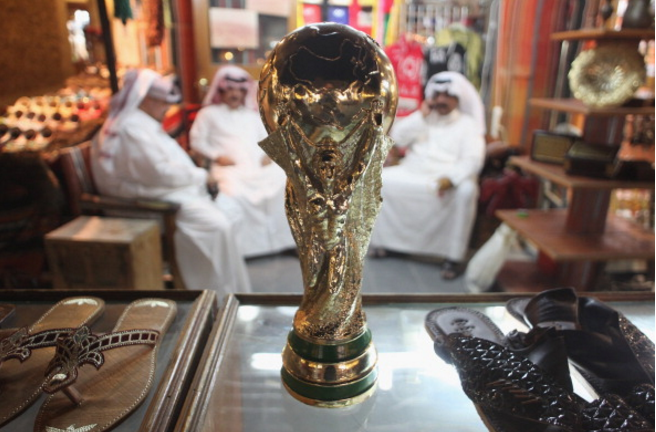 Blatter, who is appealing against an eight-year ban from football amid allegations of corruption, says political pressure from former French president Nicolas Sarkozy led UEFA’s president, Michel Platini to change his vote in the bidding contest.

The 79-year-old Swiss citizen is also subject to two criminal investigations though has maintained his innocence on several fronts.

Qatar has also strenuously denied buying votes ahead of the 2010 election, though Blatter himself insists he pushed for the United States to be the 2022 host.

In an interview with The Times this week, he said:” You cannot buy a World Cup, it will go at the end where the higher political influences are.“

Questions were raised about Qatar’s suitability as host nation in light of the summer heat in which the tournament is set to play and the following mechanisms to re-schedule it in December.

Last December Qatar 2022 secretary general Hassan Al Thawadi said: “We always expected criticism. There isn’t a single major sporting event in the world that doesn’t go through that journey, but I think ours has been particularly intense. We became the victim of a campaign that singled out Qatar and our successful bid without any shred of evidence. We’ve had to live with that for five years but there has still been no evidence to suggest our bid committee did anything wrong.”

Corruption investigations into the football governing body FIFA began in May when the US Federal Bureau of Investigation indicted 14 people. Since then FIFA opened formal proceedings against president Blatter and Platini.

They both appeared in Zurich this week, on separate days, to appeal against their bans. Blatter said the pair have not spoken since Swiss prosecutors began to investigate the allegations.

A successor to Blatter’s presidency will be elected later this week.