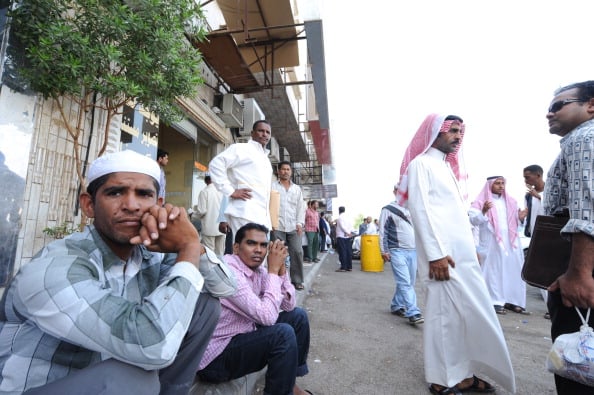 The labour courts – to be fully digitalised – were officially launched by Saudi Justice minister Walid Al-Samaani and the minister of Labour and Social Development Ahmed Al-Rajhi on November 25, Saudi’s Centre for International Communication (CIC) announced.

The courts are located in the country’s major cities including Riyadh, Jeddah, Dammam, Makkah, Madinah, Abha and Buraidah.

The establishment of labour courts is an “important step towards growing the labour market and creating a climate to attract investments”, said Al-Samaani. 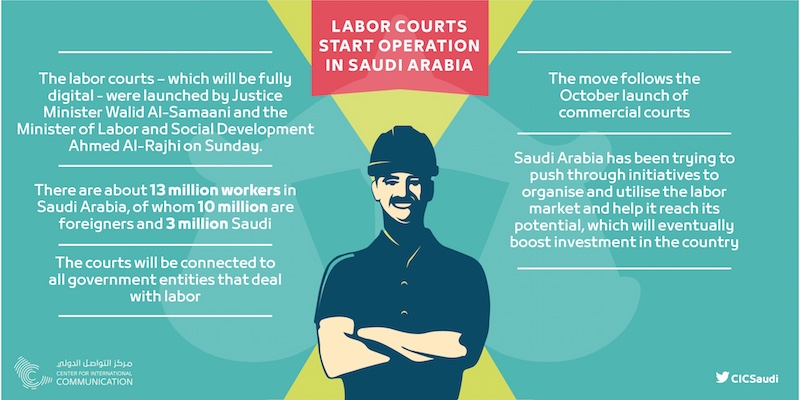 According to the justice ministry, the labour courts will help to boost the kingdom’s classification in international indices, and boost investment opportunities by “guaranteeing justice” in the business sector.

The new courts, launched under a royal decree issued in 2007, also aim to reduce the time needed to complete litigation and are digitally integrated with all government bodies that are relevant to the areas of law it considers.

The justice ministry earlier said it was conducting a special training programme for labour judges focussing on the organisational, skill development and administrative aspects as well as Sharia law.

Some 13 million workers are currently present in Saudi Arabia, including 10 million expatriates and three million Saudis, according to data from July.

These numbers are expected to grow due to the ongoing mega projects across the kingdom and the increasing demand for labour, according to the ministry.

The new labour courts will ensure that workers ‘are part of a well-defined system that protects them’, the ministry added.

The labour courts come under the specialised courts launched by the kingdom in recent months.

In October, the kingdom also launched commercial courts in Riyadh, Jeddah and Dammam.

Aimed at streamlining commercial dispute procedures, the courts are hoped to enhance the business environment, which will help boost investments and improve economic development.

The new courts are part of Saudi’s Vision 2030 initiative to revitalise the business environment, fuel investment and accelerate economic development in the kingdom, the CIC statement said.

Al Samaani also said that the ministry’s “paperless-court” project had reduced bureaucratic procedures and shortened the period for executing judicial orders from two months to 72 hours. This has been enabled by activating the electronic linking system that connects all relevant entities.